Psychedelics are About to Transform Mainstream Medicine into Something Amazing

Psychedelic medicine, long taboo, is moving toward the mainstream. Medical marijuana recently became legal in 28 states, and now doctors at prestigious medical institutions are studying the effects of magic mushrooms and ecstasy on depression and anxiety with fantastic results.

The studies involved 29 patients at New York University and 51 patients at Johns Hopkins University. During their several-hour mushroom trips, patients wore eye masks, listened to relaxing music and were encouraged to lie back and “direct their attention inward,” reports USA Today.

Patients reported dream-like visions and heightened emotions. Therapists helped them sort through what many saw as “mystical experiences” of “connection, love and selfless unity.” One man described becoming “one with everything in the universe” another said he “met himself” while watching “spirals of iridescent spheres folding in on themselves.”

Nearly half of all cancer patients suffer related psychological distress, which is often resistant to conventional therapy. Antidepressants can take weeks to stabilize a patient’s mood, if they work at all. But the relief provided by mushrooms is immediate and lasting in most patients, said Dr. Stephen Ross, chief of addiction psychiatry at N.Y.U.

Cancer patients with anxiety and depression have a higher risk of committing suicide and therefore “need help immediately,” Ross said.

The FDA also recently approved a large-scale trial investigating the use of MDMA in treating post-traumatic stress disorder, The New York Times reports.

Smaller studies (totaling 130 patients) conducted in 2013 focused on combat veterans, sexual assault victims, police and firefighters, whose PTSD had not responded to conventional drugs or psychotherapy.

After three doses, two-thirds of patients no longer met the criteria for having PTSD.

Research has shown escstasy causes the brain to release a flood of hormones that “evoke feelings of trust, love and well-being, while muting fear and negative emotional memories that can be overpowering in patients with PTSD,” the article says.

Patients say the drug gave them the courage to face and work through their trauma.

The article tells the story of one man who was “sleepless and on edge” for years after combat, with nightmares of explosions and death. The Army gave him sleeping pills and antidepressants, but they weren’t enough to numb him. So he turned to alcohol and withdrew from the world.

“I just felt hopeless and in the dark,” he said. “But the MDMA sessions showed me a light I could move toward. Now I’m out of the darkness and the world is all around me.”

Since the trial, he has gone back to school and remarried.

The wife of a firefighter, who also participated in one of the trials, said her husband wouldn’t be here today if not for MDMA.

“We can sometimes see this kind of remarkable improvement in traditional psychotherapy, but it can take years, if it happens at all,” said Dr. Michael Mithoefer, the psychiatrist who conducted the trials. “We think it works as a catalyst that speeds up the natural healing process.”

The researchers are so optimistic they’ve applied for “breakthrough therapy” status with the FDA, which would fast-track the approval process. If approved, the drug could be available by 2021.

The future of psychedelics 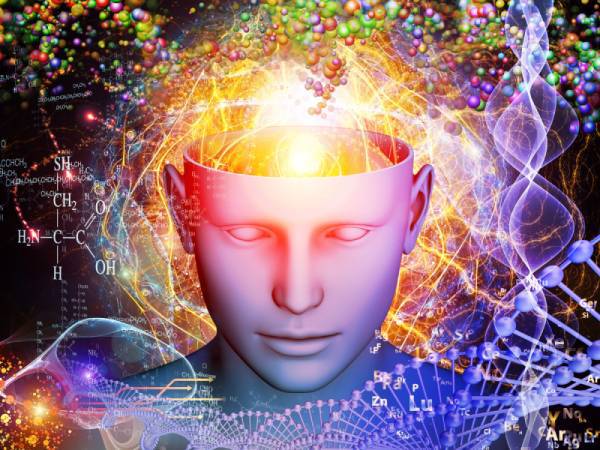 Psychedelics – like psilocybin, peyote, ayahuasca and cannabis  – have all been used in shamanic rituals for thousands of years to achieve transcendence and “generate the divine within.”

Magic mushrooms were used all over Mesoamerica for spiritual communion, divination, and healing, until they was suppressed by Catholic missionaries who believed the Aztecs were using them to “communicate with devils.”

Psychologists have known since the 1940s about the miraculous effects of psychedelic therapy on obsessive-compulsive disorder, post-traumatic stress disorder, alcoholism, depression and cluster headaches. Yet these gifts of nature remain illegal and their benefits unknown to the masses almost 80 years later.

But the dark ages of modern medicine are coming to a close. The zealots who oppose real science can no longer hide the healing powers of plants.

“Medical marijuana got its foot in the door by making the appeal that ‘cancer patients are suffering,’” warned Dr. William Breitbart, chairman of the psychiatry department at Memorial Sloan-Kettering Cancer Center. “‘They’re near death, so for compassionate purposes, let’s make it available’ – and then you’re able to extend this drug to other purposes.”

3 Tips on how to Safely use CBD Products

The Answer to the Never-Ending Debate About Milky vs. Amber Trichomes

There is an estimated total of 800,00 plants growing on this planet right now and of them 120 are classified as hallucinogenic. There are also at least 144 species...
Cannabis

What to Know About Programming and Cannabis

Can a Delta-8 High Decrease Your Anxiety?

Challenges and Opportunities of Starting a Cannabis Industry Business in 2021