“You don’t hear about it anymore,” John Lennon said in 1980, lamenting how psilocybin mushrooms went underground. “But people are still visiting the cosmos.” Like its psychedelic companions, psilocybin earned its stigma in the Sixties, after which Nixon’s Controlled Substances Act officially prohibited it.

But science is slowly discovering new benefits of the drug, and a grassroots effort hints at the potential for an age of legal mushrooms in America. Since 2004, a dozen clinical trials have demonstrated profound improvements in spiritual wellness, addiction, OCD and depression. One Phase III trial, the final step before FDA approval, could start as soon as next year. “I’m not an expert, but it really looks like this stuff might work,” says Mark Kleiman, a drug policy scholar at NYU. “It needs a lot more research.” 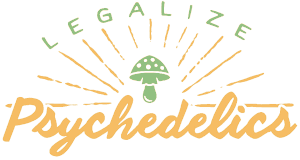 Support for legalizing magic mushrooms is low, but the groundswell is real. Brian Normand, 32, is the founder of Psymposia, a campaign to change the climate around psilocybin and psychedelics, part of a wave of new “psychedelic societies” across the country. He first became interested in the promise of mushrooms after he lost his mother to suicide. “I’m passionate about psychedelics as medicine for people with depression,” he says. “It should be available for people who have these conditions.” A marijuana-style referendum is unlikely anytime soon – one Oregon group is mulling an initiative for 2020 – but that’s the playbook. “A health-based, compassionate approach is what’s going to lead the way,” says Normand. “That’s how it changes – very slowly.”

How to Break Out of Downward Spirals for Good

1V-LSD: The New Wave of Acid

Baton Rouge Drug Detox Program: Everything You Need to Know

Teenagers and young adults often start using recreational drugs as an adventure or due to peer pressure. And before they are able to apprehend the consequences, they fall prey...
Cannabis

How to get rid of depression on your own