A drug called kratom is being sold legally in bars in Florida and other states, where some people are reportedly using it to wean themselves off their heroin addiction.

Kratom is a psychoactive drug derived from the leaves of the kratom plant (Mitragyna speciosa) that has been widely used in Southeast Asia — especially Thailand, where it is now banned — as a recreational drug. But it has recently become popular in the West for its supposed medicinal purposes. The drug is known for its sedative effects, but in low doses, it also acts as a stimulant.

Reports of kratom’s effects vary, but some users report feelings of stimulation, euphoria, sedation, pain relief, and a lasting “glow.” At higher doses, some people report dizziness, nausea, and vomiting.

RICHMOND, Va. (WRIC) — A controversial supplement is being pushed by the president of a recovery center for addicts.

Some claim Kratom could be a big weapon in the fight against heroin and prescription drug addiction. But critics say it could lead to addicts relapsing because of its addictive properties.

Researchers say opioid abuse claimed more than 300,000 lives in the last 16 years and the DEA reports 15 deaths since 2014 as Kratom-related, but 14 of those people had other drugs in their system at the time of death.

Tillem has been clean for about two and half years. He says when he first got clean he was tempted to start using again but instead started taking Kratom.

“I’ve personally seen about six people who are heroin addicts who are suffering through withdrawals and detoxing use Kratom and come off of heroin completely,” said Tillem.

He says it saved his life and is now trying to spread the word. 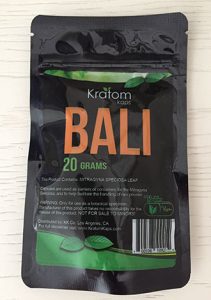 “So, if there’s something, a product, that can help somebody get off heroin and not die or not go out there to keep committing crime to feed their drug habit then I say I’m for it,” Tillem said.

Tillem was one of the participants at a forum held this week by John Shinholser, president of the McShin Foundation, a recovery center in Henrico County.

“We want the whole community to know that there’s a product you can buy at the mini-mart that if you have no other resources to treat your opiate pain withdrawal, try this product out,” Shinholser said.

The product is not without controversy. The forum was sponsored personally by Shinholser. His foundation and board are not taking an official stance on the substance, which was banned by the DEA last year. The ban has since been lifted.

“It’s definitely something to be concerned about,” Dr. Kirk Cumpston with the Virginia Poison Center said.

“And that’s why it works to wean them off of heroin and other opioids because it’s doing the same thing,” Cumpston said.

And while Cumpston admits there are only a few deaths linked to Kratom compared to opioids, he says Kratom is not as easy to track. Cumpston says the biggest danger is that Kratom is unregulated, meaning anything could be in it.

“People’s lives are in danger when they use products that aren’t proven to be safe,” Cumpston said.

“We’re dealing with a population that is sticking unknown substances in their vein. Fentanyl, heroin, God knows what they’re cutting it with. To eat a leaf for five days compared to that. It’s a no-brainer,” Shinholser said.

Meanwhile, Tillem is currently conducting a survey of addicts and they’re experiences using Kratom. He’s hoping he can collect enough evidence to prove it’s not dangerous and can save lives.

You can view the full video interview here!

5 Tips for Supporting Someone Through Drug Addiction Recovery

Oregon is a step closer to becoming the first state to legalize psychedelic mushrooms. Sheri and Tom Eckert of the Oregon Psilocybin Society have been drafting a ballot initiative in Oregon that would...
Iboga