This is not your average ‘Not Safe for Work’ post. I’m not quite sure if it’s safe for most people at all. But if you’re just as fascinated with the bizarre and the macabre just as I am, then keep scrolling. 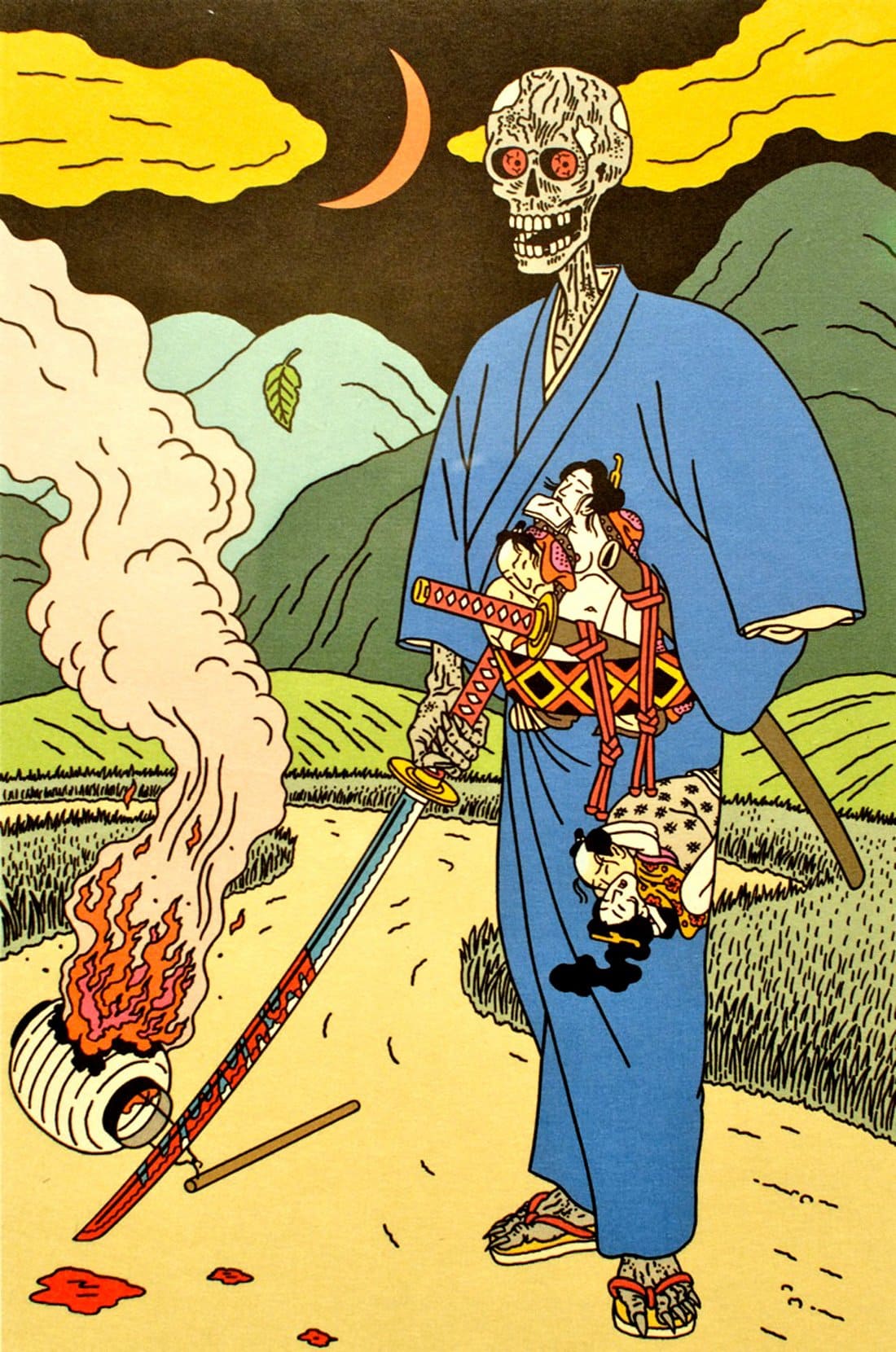 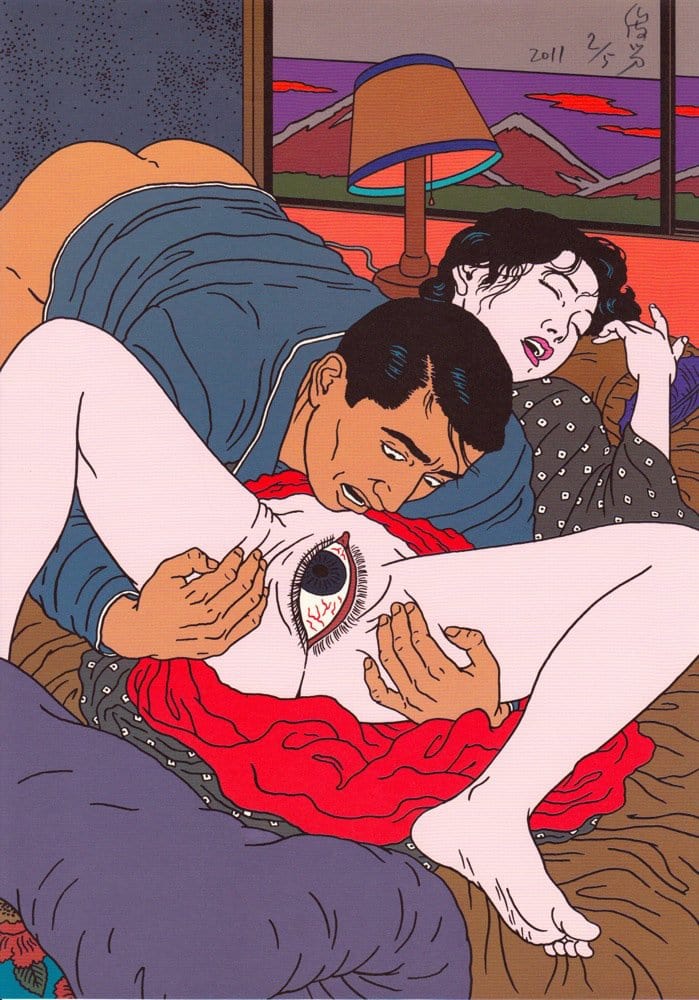 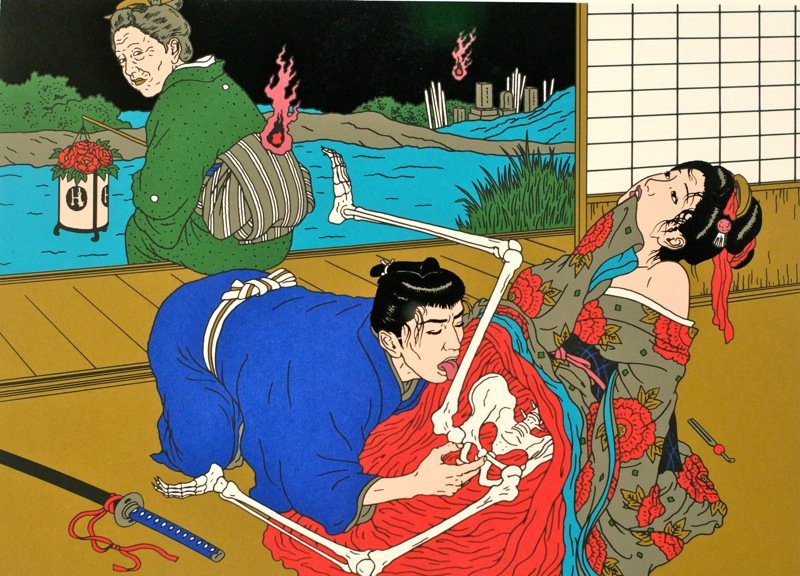 Some describe his art as ‘psychosexual,’ while some think it’s ‘hyper-perverted.’ Whatever way they put it, Saeki’s art isn’t something you see everyday. Whether they repulse you or intrigue you (or in some cases, arouse you), the art of Toshio Saeki is a true Japanese art icon. 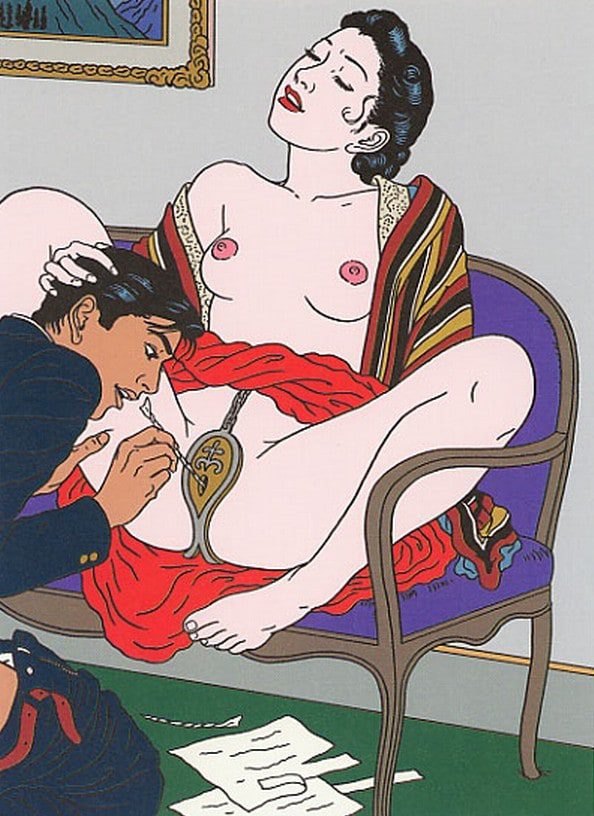 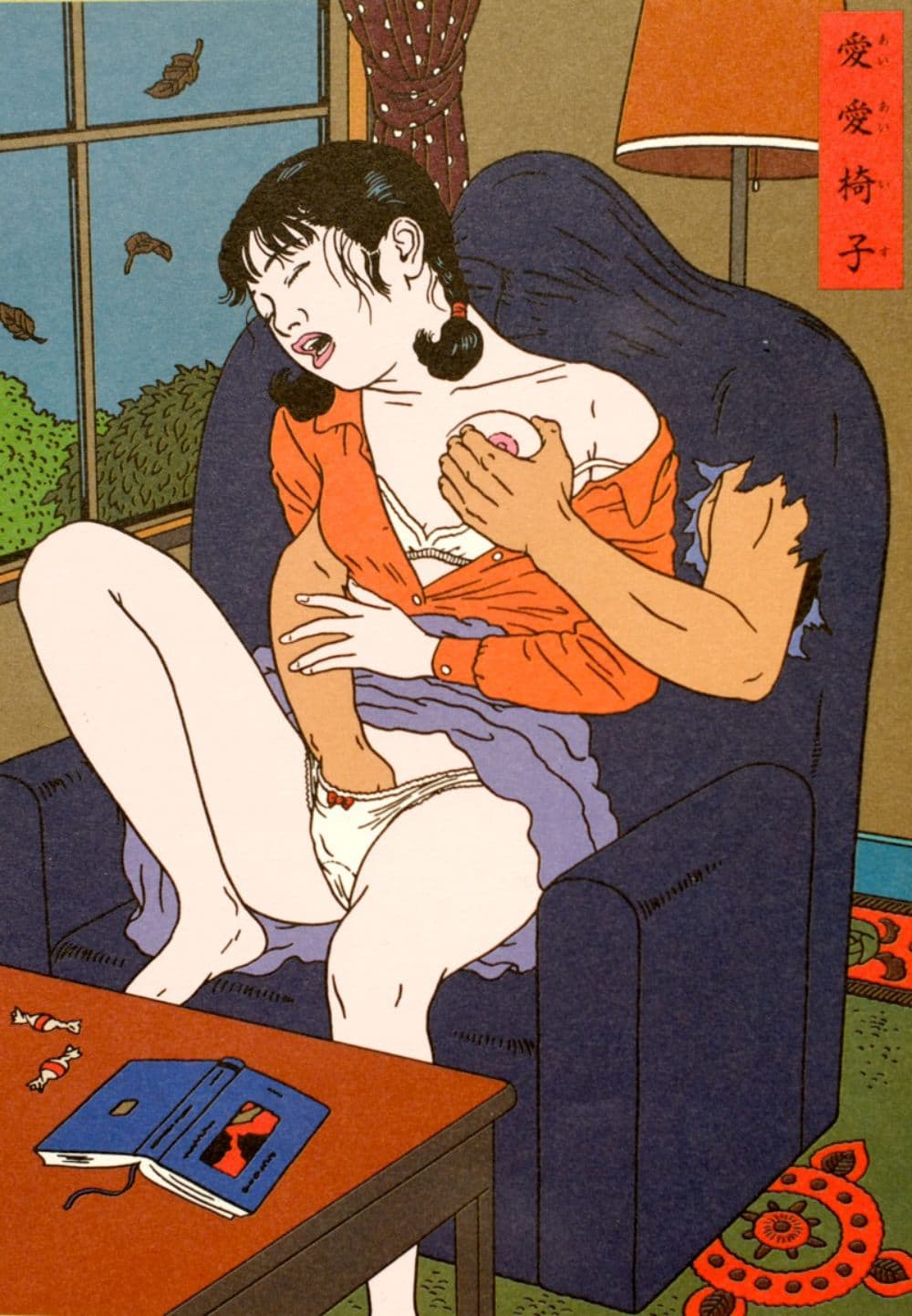 Basically, Toshio Saeki’s works are what your sexual fantasies look like in your weirdest nightmare.

Born in 1945, the young Toshio Saeki had taken an interest in art and went on to work at the advertising design industry after college. He moved to Tokyo in 1969, where his passion for graphic arts grew out of proportion. Only a year after his move, he published Saeki Toshio gashû (Collection of drawings of Toshio Saeki). But before he got his first break, Saeki recalls in his memoir, how he first got rejected before getting published. Since then, he’s garnered critical acclaims. His works had been exhibited a number of times, and some were even adapted into a cartoon. He is now somewhere in his early 70’s, spending his days quietly in the mountains, outside of Tokyo. 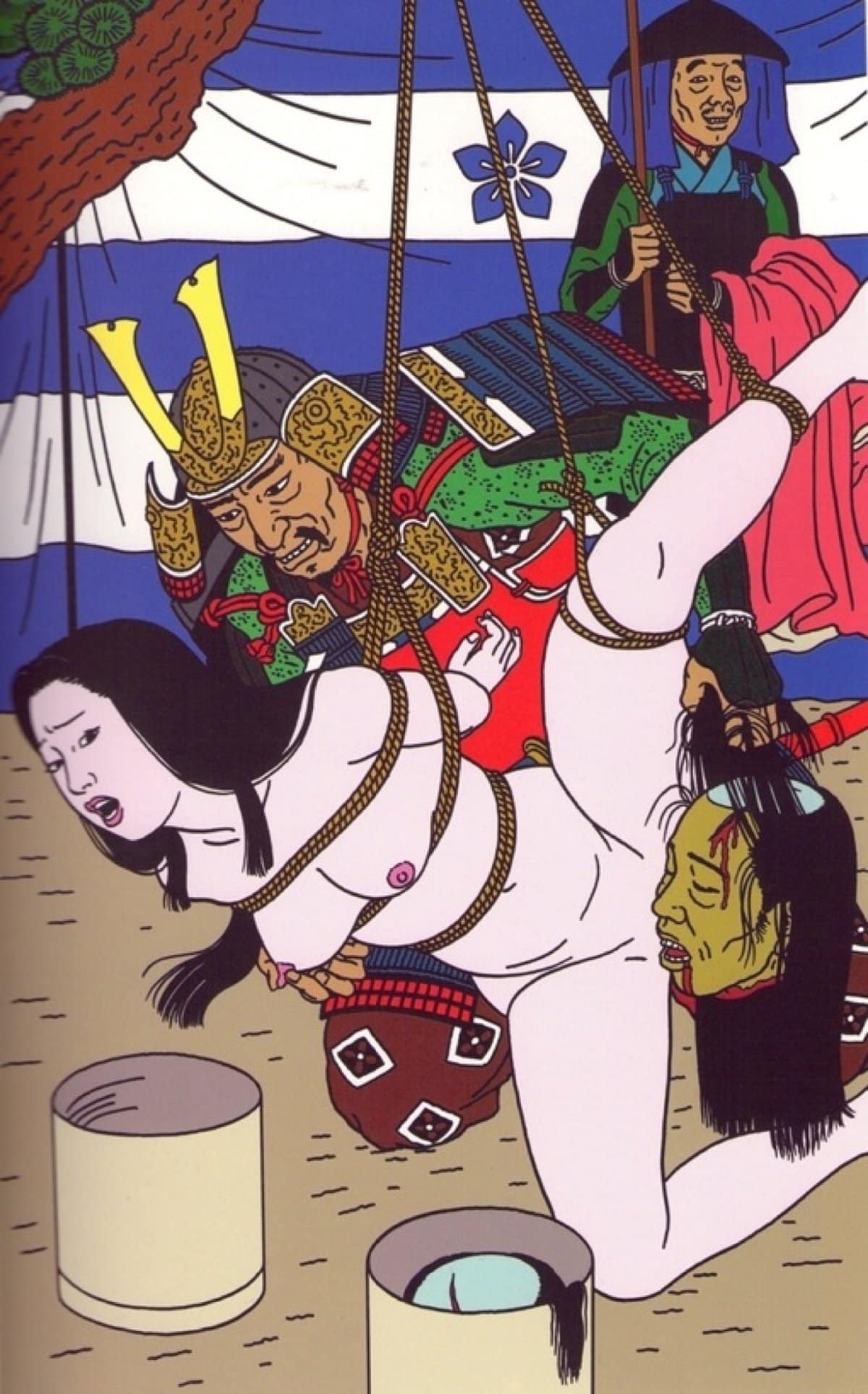 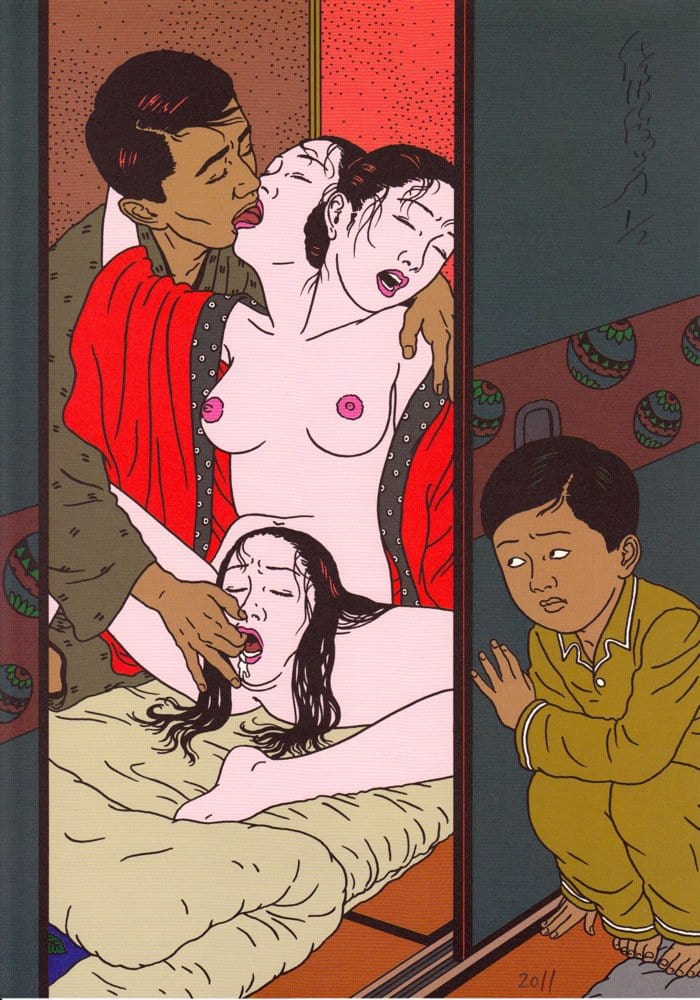 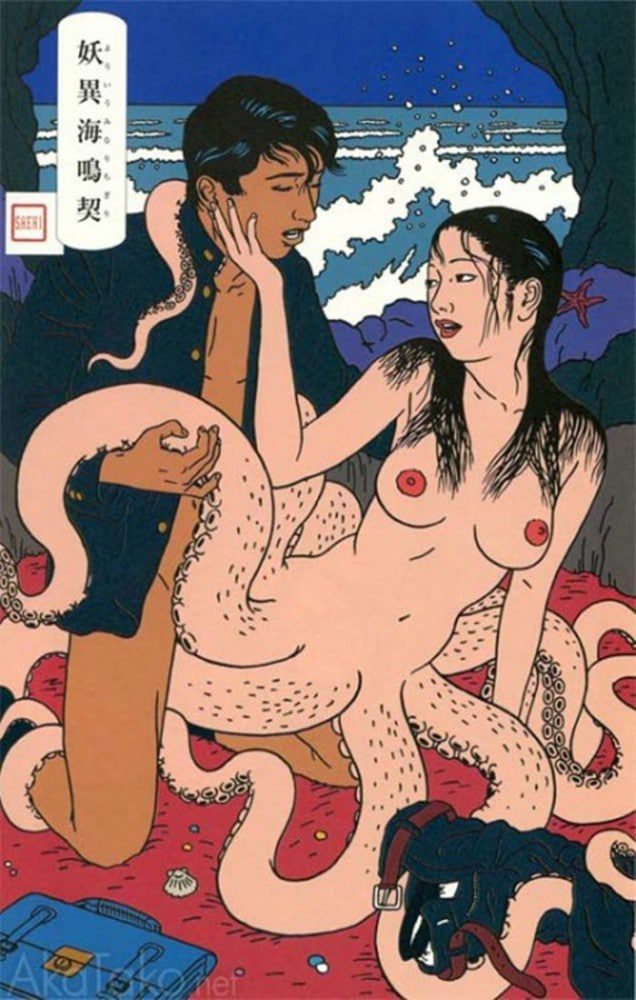 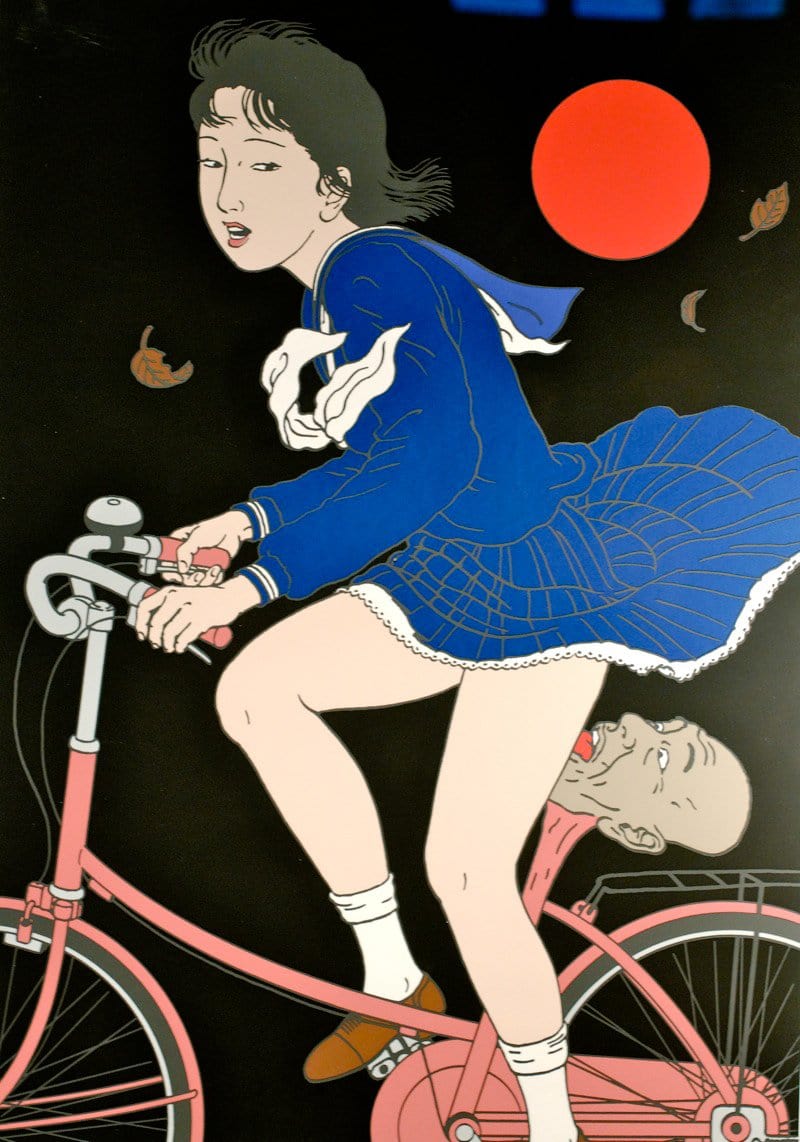 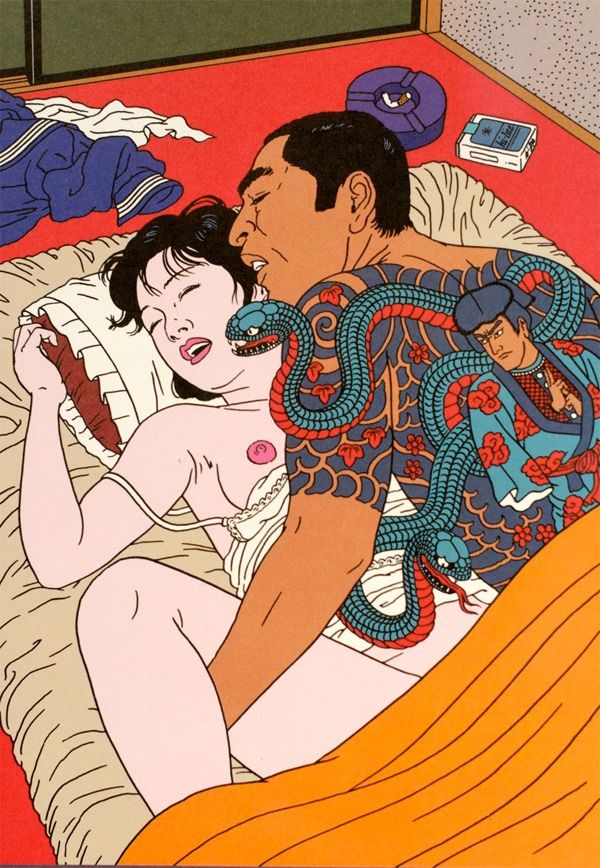 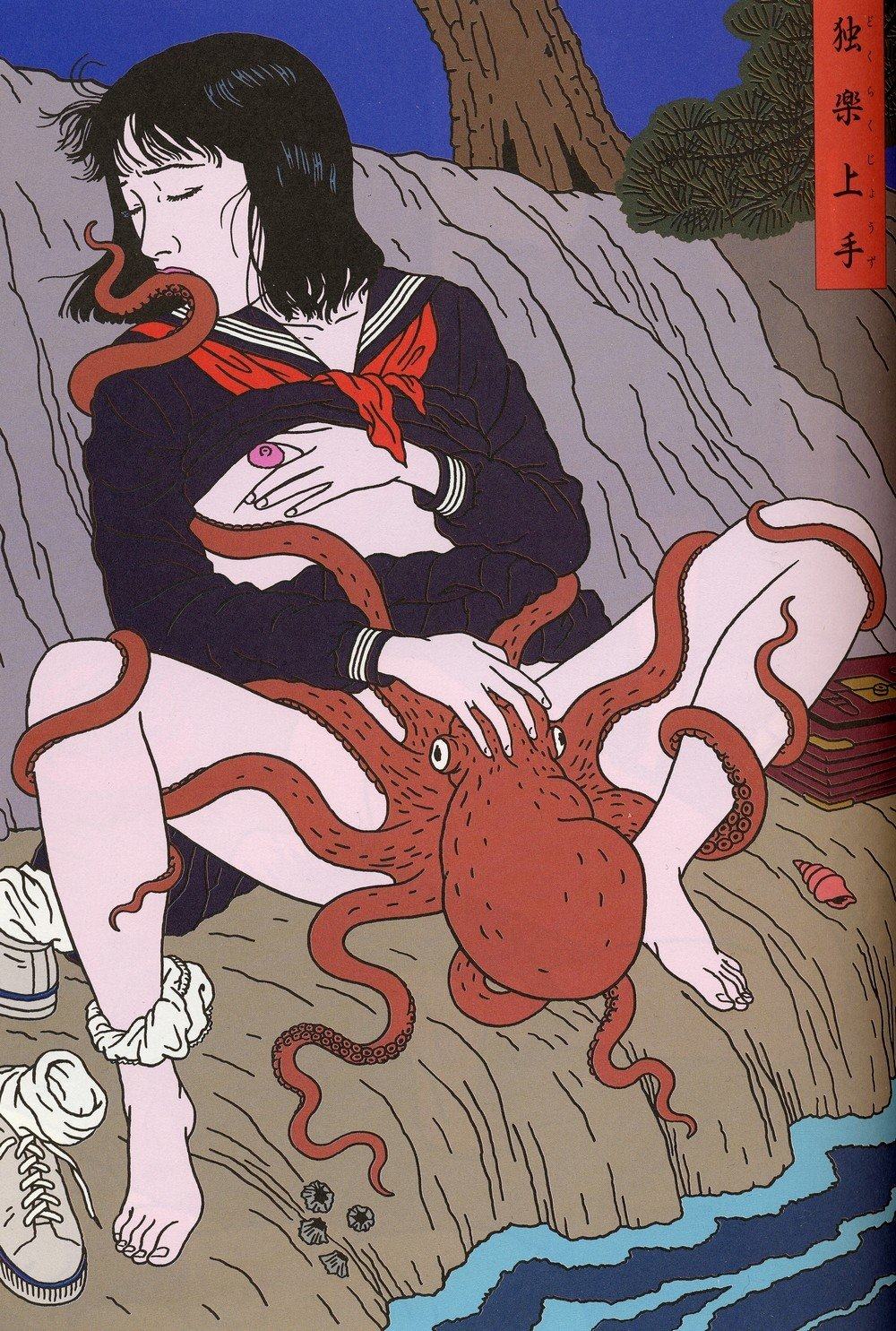 The usual things you’d expect to see in Japanese culture like school girls, irezumi (traditional Japanese tattoo), bondage sex, tentacles, kimonos, folklore creatures and such, appear in Toshio Saeki’s works. He makes it the kind of art work you’ll feel like you won’t be able tounsee by injecting his brand of bizarro erotica. 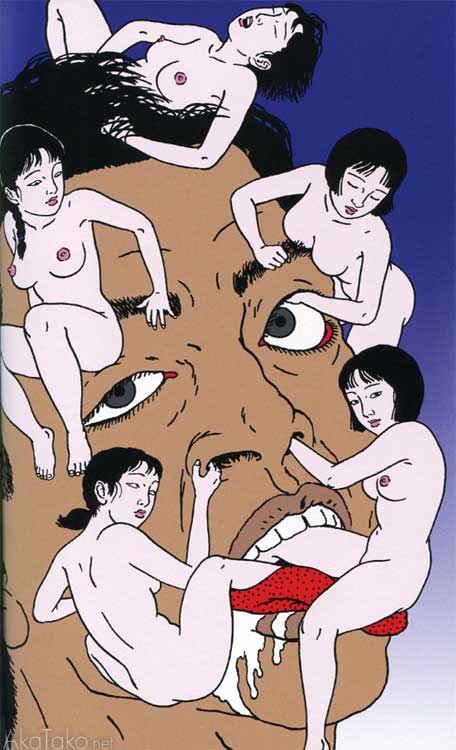 Toshio Saeki’s big break happened when he was hired as a contributor of Japanese cult men’s magazine Heibon Punch. A magazine that ‘showed women how to pose to provoke their boyfriends.’

I try instead to capture the vivid flowers that sometimes hide and sometimes grow within a shameless, immoral and horrifying dream. —Toshio Sakei to Dazed 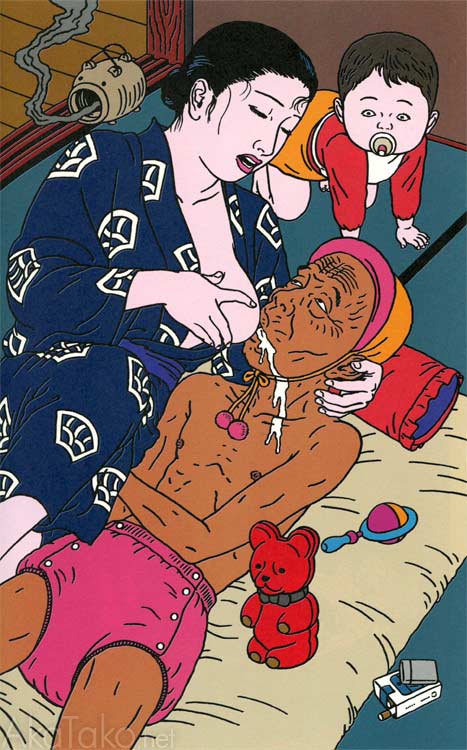 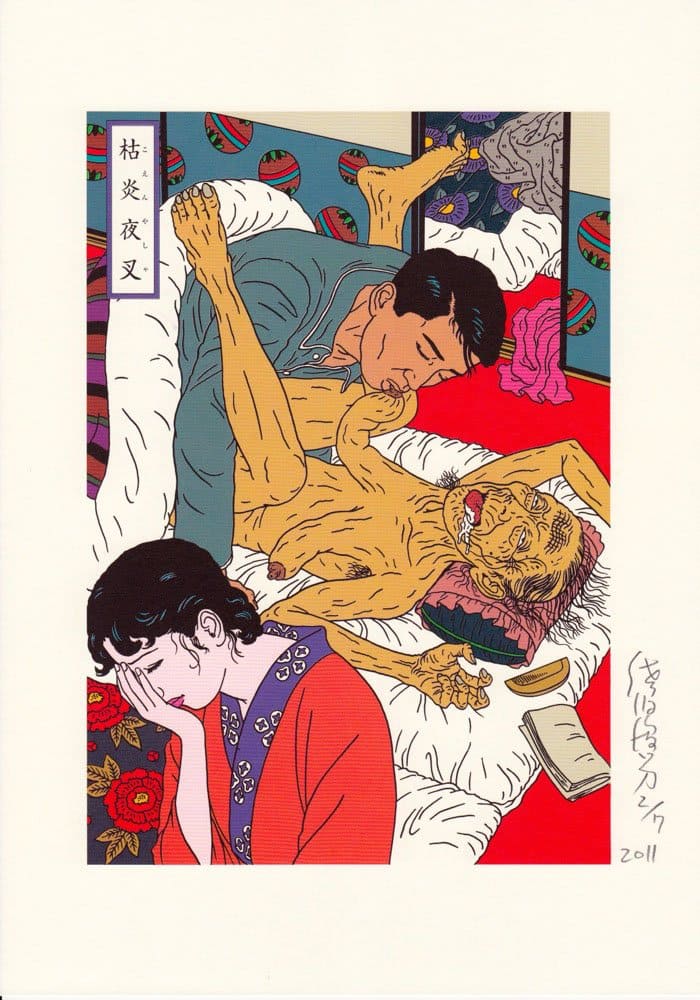 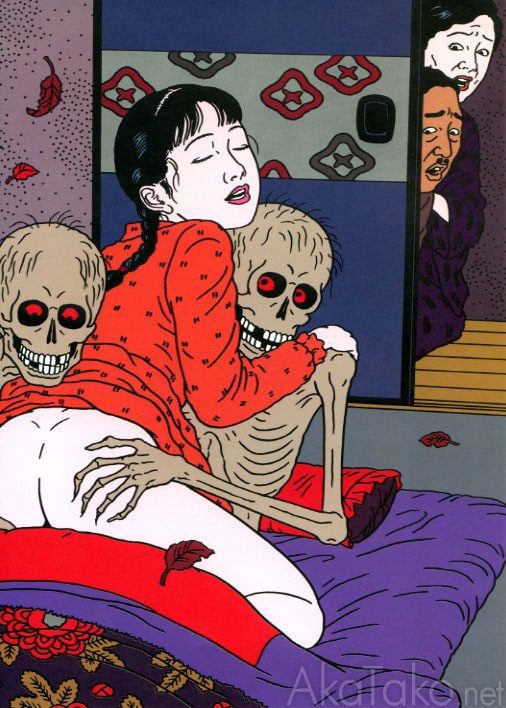 On a sad note, Saeki explained that the reason why his works sometimes featured sickly-looking characters is because he grew up in a small house, with an ill father at home. The decaying theme of some of his works may have been unconsciously inspired by those episodes in his childhood. 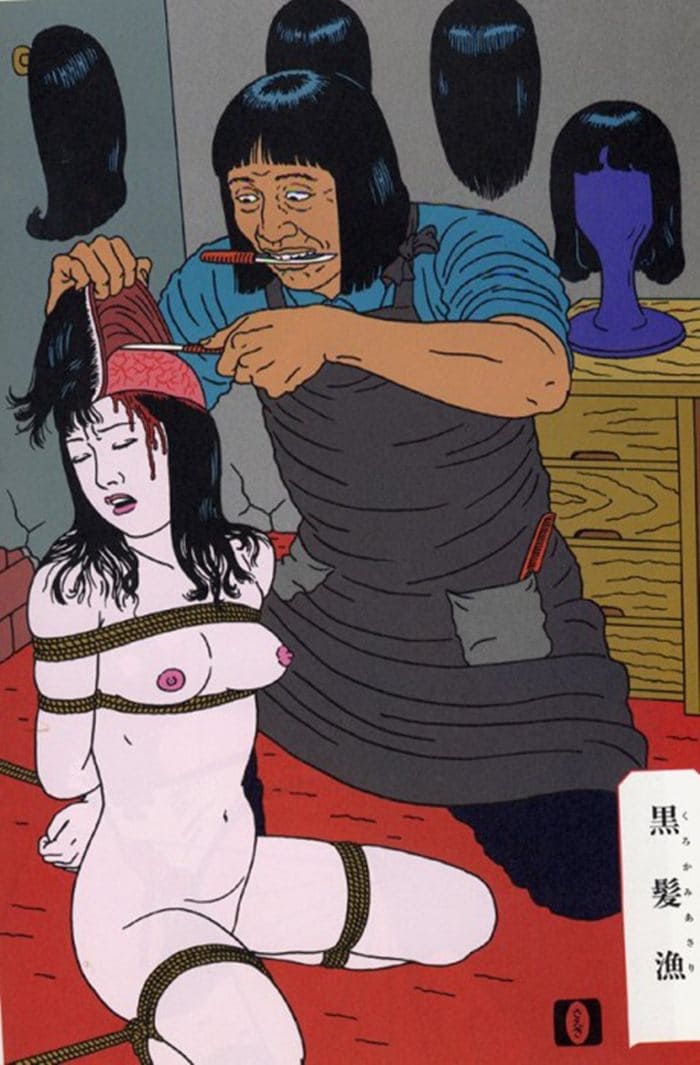 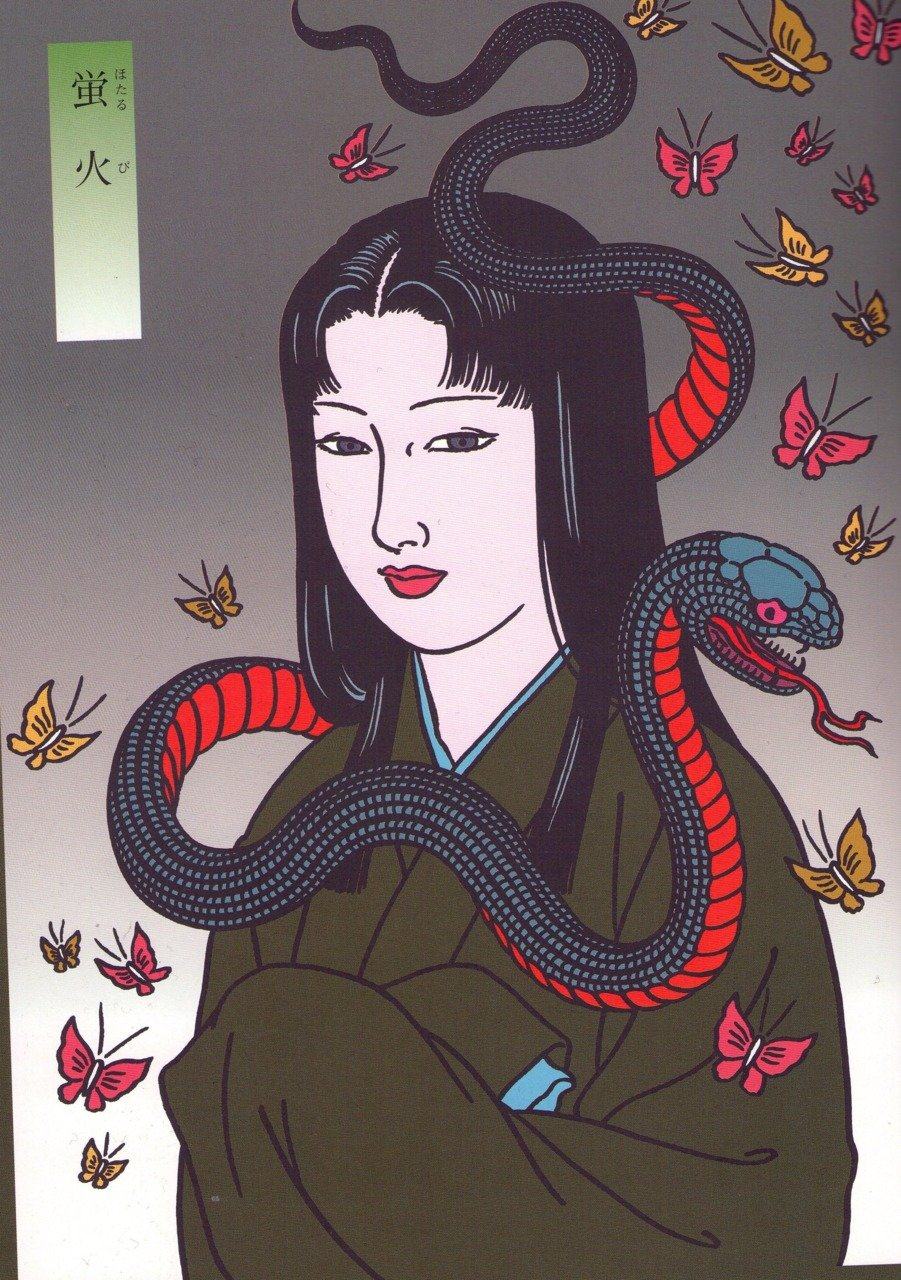 You may see more of Toshio Saeki’s works here. Read his memoir here.