Kratom (Mitragyna speciosa korth) is recognized increasingly as a remedy for opioid withdrawal by individuals who self-treat chronic pain.

Mitragyna Speciosa is a tropical tree native to Southeast Asia, the Phillepeans, and New Guinea. It’s related to the coffee plant, which most of us know quite intimately.

Kratom has been used in a traditional capacity for millennia. Similar to coffee, it has historically been consumed to combat fatigue and to enhance productivity in farming communities in Southeast Asia. Kratom leaves were also brewed into teas for social and religious ceremonies.

A patient who had abruptly ceased injection hydromorphone abuse self-managed opioid withdrawal and chronic pain using kratom. After co-administering the herb with modafinil he experienced a tonic-clonic seizure, but he reported only modest abstinence once kratom administration stopped. We confirmed the identity of the plant matter he ingested as kratom and identified no contaminants or adulterants. We also conducted high-throughput molecular screening and the binding affinity at mu, delta and kappa receptors of mitragynine.

We report the self-treatment of chronic pain and opioid withdrawal with kratom. The predominant alkaloid of kratom, mitragynine, binds mu- and kappa-opioid receptors, but has additional receptor affinities that might augment its effectiveness at mitigating opioid withdrawal. The natural history of kratom use, including its clinical pharmacology and toxicology, are poorly understood.

Kratom (Mitragynia speciosa korth) is a medicinal herb indigenous to Southeast Asia whose components mitragynine and 7-hydroxymitragynine agonize the mu-opioid receptor with high affinity. Recent findings suggest that kratom is purchased from internet sources by some of the 40 million Americans with chronic pain to self-manage opioid withdrawal. Unfortunately, the reasons underlying this practice, its efficacy or adverse effects are poorly understood. We present a case of kratom used to self-manage chronic pain and opioid withdrawal complicated by a potential interaction with modafinil.

A 43-year-old male was admitted for evaluation of a generalized tonic-clonic seizure. His medical history included chronic pain from thoracic outlet syndrome treated with hydromorphone. As his tolerance escalated, he began injecting subcutaneously 10 mg hydromorphone per day from crushed pills. During periods when hydromorphone was unavailable, he managed opioid withdrawal with kratom purchased from internet vendors.

Check out KratomCountry.com Kratom For Sale for interesting deals on Kratom capsules.

Approximately 3.5 years before presentation, social stressors compelled him to quit hydromorphone abruptly. He again averted opioid withdrawal by ingesting a tea made from kratom four times a day.The patient attributed substantial pain relief to kratom as well as improved alertness. He did not, however, experience the drowsiness that often accompanied opioid use. He spent $15 000 per year on kratom, a sum confirmed by his wife. 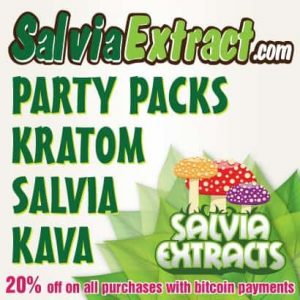 In an attempt to improve alertness further, the patient experimented with the co-administration of 100 mg modafinil with kratom. Twenty minutes following ingestion, he experienced a generalized tonic-clonic seizure lasting 5 minutes. He had the following vital signs on presentation: pulse 123 beats per minute, blood pressure 130/74 mm/Hg, respiratory rate 16; he was afebrile. After a brief post-ictal period, his physical examination was normal except for meiosis. He had no previous history of seizures or head trauma, and he denied alcohol or recent illicit drug abuse. Laboratory studies were unremarkable; qualitative urine drugs of abuse and comprehensive toxicology screening identified only modafinil. Computerized tomography and magnetic resonance imaging of the brain were normal. We identified no adulterants or contaminants. Upon discharge, the patient abruptly ceased use of kratom and sought the care of an addiction specialist.

He described a period of withdrawal considerably less intense but more protracted than that from prescription opioids. Physician-observed features of kratom included rhinorrhea, insomnia, poor concentration, constricted affect and myalgias persisting for 10 days from his last dose of kratom. To prevent relapse, an addiction specialist prescribed buprenorphine/naloxone, reaching a maintenance dose of 16 mg per day. Rhinorrhea ceased on the first day of suboxone therapy. The patient currently reports adequate pain control, and follow-up urine screens for drugs of abuse have remained negative. We confirmed the identity of the plant matter ingested by the patient as kratom by comparison against a known standard (Pure Land Ethnobotanicals, Madison, WI, USA) utilizing existing extraction and high-performance liquid chromatography protocols.

6 Reasons why you should buy Maeng Da Kratom Online

The Therapeutic Potential of Kratom

White Sumatra Kratom: All you need to know

Herbal medication has been in existence for thousands of years and they were used to treat and cure so many types of diseases which didn’t have a name at...
Kratom

Kratom and Drug Tests – Will It Trigger a Positive?