A new study by Jordi Riba, Kim Kuypers and colleagues from the Maastricht University, has shown that ayahuasca increases divergent thinking – one of the hallmarks of creativity.

What is the study about?

Ayahuasca is a psychoactive brew from the Amazon, which has recently gained popularity in the Western world as a tool for self-exploration, healing and personal growth. It is usually taken in the context of a religious or spiritual ceremony.

The ability to ‘think outside the box’ (divergent thinking) is one of the most celebrated components of creativity. Less often spotlighted, but equally important, is the creative process of ‘convergent thinking’: the ability to hack one’s path through a jungle of ideas, zeroing in on one correct solution.

Both types of thinking have their creative advantages: Divergent thinking is useful in a situation where many new approaches are needed and more than one possibility could be trialled, for example in a brainstorming session. Convergent thinking cuts to the heart of a problem, and, by marshalling one’s logic and precision, helps resolve situations where only one correct solution is possible.

There are very few controlled trials that combine psychedelics with psychometric creativity tests. Some initial research was undertaken in the 1960s, but it falls far short of modern standards in terms of both quality and design. So, with modern neuroscientific tools and methodology at our disposal, the link between creativity and psychedelics is ripe for exploration.

There is a time-honoured tradition of artists, writers, designers and, latterly, the computer programmers of Silicon Valley, vouching for psychedelics as aides to creativity. But the self-administration of psychedelics for this purpose extends beyond the ‘creative’ community.

James Fadiman’s Mescaline and Creativity Study: In his landmark study on mescaline and creativity in the 1960s, James Fadiman invited 27 engineers, mathematicians and architects to bring an unsolved professional problem into the psychedelic arena.

During the session, Fadiman’s subjects had four hours to work on their chosen problems. After the working phase, the group discussed their experiences and reviewed the solutions they had come up with. A week later, each participant wrote a subjective account of his experience. The majority of the participants found the psychedelic session very helpful, discerning concrete solutions to their problems.

The collective productivity of this psychedelic problem-solving session is nothing short of astonishing. As a result of participating in the study, Fadiman’s subjects came up with: a new approach to the design of a vibratory microtome; a commercial building design, accepted by the client; space probe experiments devised to measure solar properties; the design of a linear electron accelerator beam-steering device; engineering improvement to a magnetic tape recorder; a chair design, modelled and accepted by the manufacturer; a mathematical theorem; completion of a furniture-line design; a new conceptual model of a photon, which was subsequently found useful; design of a private dwelling, approved by the client; insights regarding how to use interferometry in medical diagnosis, an application sensing heat distribution in the human body.

As well as producing a tangible output in the form of these innovative contributions to their fields, the participants reported inner positive experiences, including: low inhibition and anxiety, an increased capacity to reconceive of problems within a larger context, enhanced fluency and flexibility of ideas, heightened visual imagery and fantasy, improved concentration, heightened empathy with external processes and objects, as well as people, association of dissimilar ideas, heightened motivation to finish the task, and an ability to visualise the completed solution.

Jeremy Narby’s Ayahuasca and Creativity Study: Much more recently, in 2001, Jeremy Narby interviewed three molecular biologists about their first ayahuasca experiences in the Peruvian Amazon. All three academics reflected that they had acquired relevant information and insight about their research during the trip.

Our current study is the first one to assess the acute effects of ayahuasca inebriation on creativity.

How was the study done?

26 healthy volunteers participated in the study. All of them were members of spiritual (but not religious) ayahuasca-using groups, whose main motivation for taking psychedelics is to enhance introspection, self-knowledge and personal growth. To make sure that the effects of ayahuasca are independent of the set and setting, members of 2 different spiritual groups were approached to take part in the study.

Participants’ levels of creativity were assessed twice: pre-ayahuasca, about 3h before the session and during the acute effects, around 1.5-2h after ingesting ayahuasca. Two tasks were used for this purpose (pictured below). 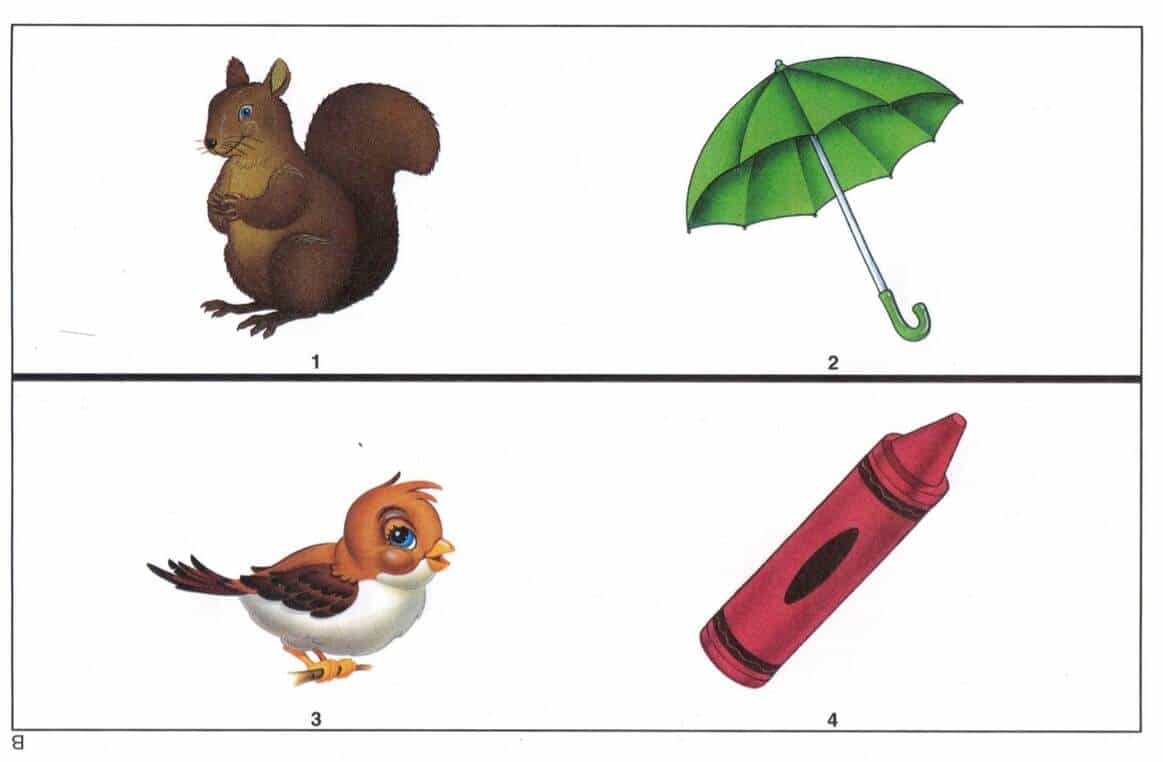 The first, Pattern/Line Meanings Task (PLMT) contains colour pictures shown in rows. Participants have to find association between one of the pictures in each row.

Participants were instructed to find one correct answer (which was a measure of convergent thinking), but also to provide as many alternative answers as possible (the number of new associations and their originality provided measures of).

The second task, Picture Concept Task (PCT), participants had to give meaning to a configuration of patterns or lines and generate as many explanations as possible, trying to be as original as possible.

What were the main findings?

The researchers found that during acute inebriation, ayahuasca increases divergent, but not convergent, thinking. The effects of ayahuasca have been observed only in one of the tests, the PCT, but not on the other.

Participants reported engaging more with this task because its more complex and colourful nature inspired more novel thoughts than a more ‘dull’ black and white line drawings of the other task.

How can these results benefit us?

In addition to the obvious advantages for healthy people, who would benefit from the new inspirations and ideas, ayahuasca could help people suffering from devastating mental illnesses. Psychedelic drugs demonstrate great potential as aides to psychotherapy (dos Santos 2016). Many mental illnesses can be conceptualised as the results of rigid thinking, where people are ‘stuck’ in the same negative patterns of behaviour or thoughts (Carhart-Harris et al., 2014).

Increased divergent thinking could improve psychological flexibility and allow patients to generate new and effective cognitive, emotional and behavioural strategies. With appropriate psychological support and therapies, these strategies could result in the adoption of adaptive interpretations and coping styles. Increased divergent thinking adds to the growing list of positive effects of psychedelics, in addition to the recent findings that they induce long-lasting changes in the personality traits openness and optimism (Carhart-Harris et al., 2016a), increase mindfulness capacities (Soler et al., 2016), help with addiction (Bogenschutz and Johnson 2016) and treatment-resistant depression (Carhart-Harris at al., 2016b).

What future directions can we take?

One’s creative output is inextricably linked to one’s mood, so we could build on this study by monitoring the moods of the participants. In this first study, the moods of the participants were not assessed, they would nevertheless have contributed to the results. Previous studies (Baas et al. 2008) have shown that a more positive mood improves divergent thinking, whilst a negative mindset facilitates convergent thinking. Future studies should assess the mood of each participant more thoroughly, at every stage. In this study, mood ratings were only taken after the administration of the ayahuasca, (and all the participants reported very positive effects).

Another important aspect of  creative problem-solving is the usefulness of the ideas generated. In this study, only the originality and the running total of new ideas were measured. It would be very interesting to ask the candidates to complete tasks with a success-rate predicated upon the usefulness of their ideas.

Finally, and most excitingly, our plans to find out more about the exact neural mechanisms that allow psychedelics to enhance creativity are already underway! The Beckley/Imperial team -co-directed by Amanda Feilding and Prof. David Nutt and lead by Dr. Robin Carhart-Harris- are laying the groundwork for a study investigating the neural correlates of the effects of LSD on the intuitive pattern recognition and problem solving. We will be using the ancient Chinese game of Go as a task.

It is important to bear in mind that psychedelics help us to make full use of our inborn creative capabilities, rather than giving supplying us with additional creativity. Additionally, psychedelics can have negative effects on concentration and motor performance; a sustained sensation of personal involvement in one’s problem-solving is vital to counterbalance this. It is therefore crucial that participants who are recruited for the longer-lasting or more demanding creativity experiments feel emotionally engaged throughout the session and that the problems they work on are personally important to them. The environment in which the study takes place must likewise be geared to complement the trip, as the effect of the psychedelics on creativity may vary depending on the experimental context and the mind-set of each participant (“set and settings”).

The power of the plant world is in us too, we have always been using herbs, fungus and plants, Archaeological evidence indicates that humans were using medicinal plants during...
Read more
Plants & Drugs

Getting High Isn’t Just About the Munchies or the Weed Dispensary: Marijuana and Creativity

Seasoned stoners know that weed isn't just a recreational or medicinal godsend, but actually a way to expand your mind and create in ways you never thought...
Read more