Psychedelics come in many forms, doses and parts of the world. There are at least 144 types of psychedelic mushrooms alone, also roots, vines, leaves, flowers, seeds and amphibians that naturally contain psychedelic properties.  Psychedelic means “mind manifesting.” It is used to describe an altered state of consciousness, various stages of ego-death and fractal visions. The term was coined by psychiatrist Humphrey Osmond, MD in 1956.

Yes, there are a number of psychedelics that are found in nature, there are even some found inside us that we can tap into with a little training. DMT is one serious psychedelic that were actually produce ourselves. There are psychedelics that are created using science as well like LSD and MDMA. Most psychedelics are used in a traditional ceremony to heal / tap into our potential as humans, however through propaganda and the war on drugs have also been criminalized. Some psychedelics are also used as party drugs which truly takes the soul out of the medicine – coming from a recovering addict, it’s destructive.

When I choose to work with a psychedelic its usually because it presented itself to me in some way. I then get aligned with it, prepare my body and my mind and then a sacred ceremony. Knowing where a psychedelic falls on the spectrum you can better determine what “ceremony” would look like for you. This is the list of elemental psychedelics that have crossed my path. Some like psilocybin I know on a very spiritual level and others like blue lotus I admire and am drawn too but have not yet worked with ceremonially.

Today so much has been forgotten about the natural world and spirituality but thanks to the emerging psychonauts and indigenous peoples who help share these messages with us we have the opportunity to do some really important soul work as a collective. This brings me to a very important set of questions “is there psychedelic your working with that is or is not listed above?” and “Is there a specific psychedelic that you are curious about?”. Let us know your answers below! The more we open up the conversation around psychedelics and ask questions with an open mind, the more of a glimpse we see into our future as ascending monkeys.

Sending you much love and positivity on your elemental growth journey, I am Ashley Michaud and I love you! 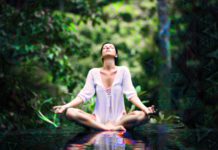 Psychonauts Guide to Energy Work: 11 Ways You Can Tap into Your Natural Healing Abilities 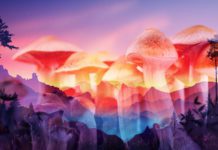 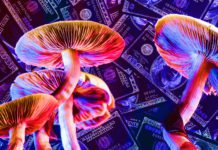