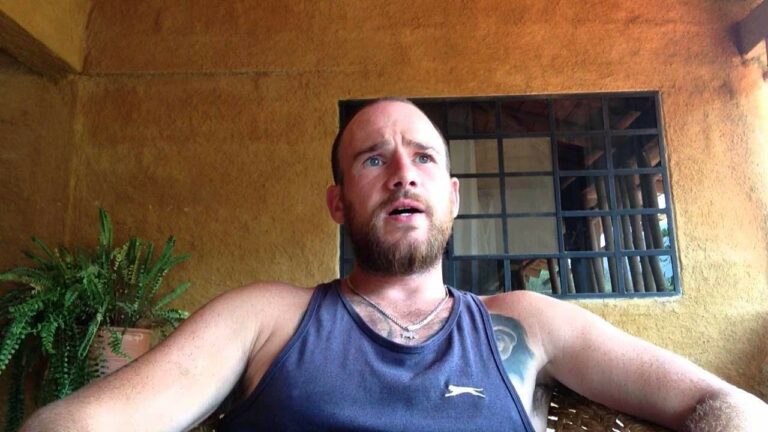 In the following video, posted on YouTube in November 2014, Robert Garrett of Scotland explains how he was on the verge of ending his own life before he found ayahuasca. He’d lived most of his life with severe, chronic depression that manifested physically via painful tension headaches, and he felt generally overwhelmed with living.

In the detailed, hour-long video account (which he filmed from a porch in Ecuador following a powerful ayahuasca experience), he explains how, almost by accident, ayahuasca came into his life. He says he first discovered ayahuasca two years prior via a Joe Rogan podcast, and it “changed his life.”

Over the course of those two years, he says, he listened to other podcasts describing ayahuasca, featuring speakers like Graham Hancock, Aubrey Marcus and Reset’s own Amber Lyon. He describes the podcasts as “absolutely mindblowing,” explaining that they set something off in his brain that helped him realize some of the reasons he’d been deeply depressed all his life.

“There was this intelligence I knew I had in my brain that didn’t seem to fit in the world I was born into,” he says. This wasn’t an academic intelligence, but an emotional one, he says. He’d always had a keen sense of what other people around him were feeling.

As he continued to gather as much information as he could find regarding ayahuasca, he became more and more set on partaking in an ayahuasca ceremony. But this proved easier said than done. Nobody where he lived in Scottland had even heard about ayahuasca before, the expense of traveling to South America for a ceremony was limiting and it was difficult to know which ayahuasca centers to trust.

Eventually, as he explains it, ayahuasca helped show him the way. One day at a local pub as he was ordering a drink, a man with an Italian accent who he’d never met, turned to him and began talking about ayahuasca.

They exchanged information, and this set Garrett on his way. He eventually raised the travel funds via an Indiegogo campaign, and made it to an ayahuasca retreat Ecuador.

Watch the video below to hear  Garrett explain how ayahuasca experience shifted his consciousness for the better and reset his path.