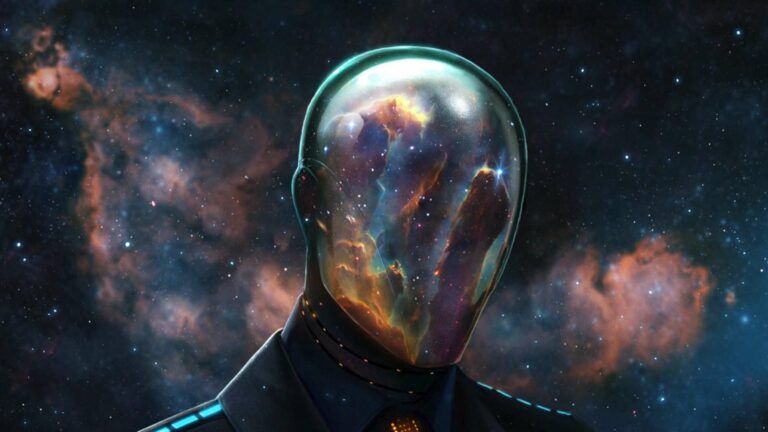 The Idiosyncracy of Genius

To read Shakespeare is to know genius. Likewise with T.S. Eliot or Esterhazy. Look at Van Gogh, or listen to a Beethoven symphony, and you know these people had minds unlike many others, but each of these incredibly creative and intelligent people had some of the oddest personality quirks imaginable. Is it all just due to having an eccentric mentality? Or are the quirkiest attributes of genius through the ages, really just the keys to something even more profound? Are these human beings in touch with a higher source of intelligence?

T.S. Eliot wore green-tinted face powder with lipstick, and Dr. Yoshiro Nakamatsu, the inventor with more than 3,300 patents, believes that you should starve your brain of oxygen periodically by diving deep into water. How about the strangeness of the father of neuroscience, Sigmund Freud? He’s no stranger to idiosyncratic ways. He endured more than 33 surgeries to his mouth and jaw, yet couldn’t quit smoking, and he also self-medicated with cocaine. [1] Hemingway insisted on getting up very early every day, and Beethoven drank enough coffee to support the entire country of Guatemala. Tchaikovsky, the famous composer, walked exactly two hours every day, not a minute more or less. If he somehow exceeded the two hours of his walk somehow, he felt it was an omen of bad luck.[2]

The mind makes for a crazy ride, and even the most intelligent among us has some peculiar ways of seeing the world.

How Does a Creative Brain Work?

So, what separates a creative or ‘genius’ mind from another? The fact is, we are all creative, only some of us seem to tap into the odd and grandiose more easily. It isn’t because some of us are more ‘right’ brained as we were taught in recent decades. New research has proven that though the left brain is more realistic and analytical, organized, and logical, and the right brain is more passionate, sensual, poetic, and emotional, it takes the whole brain to make a creative mind.

Thoughtful cognitive neuroscientists such as Anna Abraham, Mark Beeman, Adam Bristol, Kalina Christoff, Andreas Fink, Jeremy Gray, Adam Green, Rex Jung, John Kounios, Hikaru Takeuchi, Oshin Vartanian, Darya Zabelina and other scientists’ findings’ findings have overturned conventional, simplistic notions surrounding the neuroscience of creativity, and may give us some insight into the creative process, specifically, what allows a creative idea to bubble up to the surface, to be illuminated and verified, thereby becoming a great novel, an epic poem, or a painting that renders us speechless.

It turns out, the more dynamic interactions there are between large scale brain networks, in both the right and left-brain hemispheres, the more creative a person, (and idiosyncratic, in many cases) is likely to be.

There are in fact 11 brain regions mapped out in all four hemispheres that allow ‘genius’ to flourish. Researchers at Dartmouth’s Department of Psychological and Brain Sciences were curious to discover “what makes humans able to create art, invent tools, think scientifically and perform other incredibly diverse behaviors?” They found that imagination stems from a widespread network of brain areas that collectively manipulate ideas, images and symbols. This means the more areas of our brain that we use, the more intelligent our ideas are likely to be.

In Mihaly Csikszentmihalyi’s book, Flow, he points out; that creative genius doesn’t just ‘happen’ because one person is born with more IQ points than another. He explains, “If you are interested in something, you will focus on it, and if you focus attention on anything, it is likely that you will become interested in it. Many of the things we find interesting are not so by nature, but because we took the trouble of paying attention to them.” He continues, “Most enjoyable activities are not natural; they demand an effort that initially one is reluctant to make. But once the interaction starts to provide feedback to the person’s skills, it usually begins to be intrinsically rewarding.”

So, yes, T.S. Eliot had a strange penchant for dressing up, and Tchaikovsky really liked his perfectly timed walks, but these were not simply indications of a quirky genius so many artists and inventors are labeled, but more likely an odd neural connection that came from making so many. Mihaly found that control of consciousness was the key to life.

Creating Genius from a Conscious Mind

The fact is, genius can be created. There is no doubt that some of us start of with a bit of a head start through genetic roulette, but almost any accomplished person has spent hundreds of thousands of hours in the field in which they become known a ‘genius’ in. This simply takes focus – which many of us lack, perhaps due to impatience, perhaps due to fear, and most assuredly due to an inadequate attempt to cultivate it.

Meditation is one of the fastest, most assured ways to create a conscious, and therefore, creative mind. The five sense become more alive. We can recollect our dreams (the infinite playground for the creative mind) more easily, and meditation allows us to off-gas stress so that it does not impede the creative process.

“In the beginning you will fall into the gaps in between thoughts – after practicing for years, you become the gap.” – J.Kleykamp

Meditation allows us to be in the gaps of our thoughts – where ALL is possible. It is in this space that we have not yet dismissed an outcome as probable, a creative idea as one with merit, or even an idea that we have yet to imagine, can be born. Finding the gap through meditation allows the incessant noise of the mind to shut down, if only for a few seconds, so that we can tap into the genius of an even more vast knowledge base than our minds even, but the Universal energy which holds all science, art, invention, advanced technology and more in its bosom.

In evolutionary psychology they discuss ideas that many have dismissed as heresy. For example, the fields of intelligence can be seen as computers which store prehistoric and futuristic experiences for the evolvement of all things. These fields of intelligence organize experiences in terms of our planetary purpose along with our universal purpose. ‘Higher-Purpose’ is the computer software, which formats how prehistoric and futuristic experiences are stored in and retrieved from Collective Consciousness and the Universal Mind, and when we meditate we get access to the ‘code.’

Shakespeare (or Milton), Tesla, vos Savant, and Einstein aside, we are all capable of creative genius – even with our odd habits and goofy quirks. We simply become more like the men and women we look up to by training the mind, and using more of the grey matter in our heads, as well as the Universal Mind that is smarter than any of these genius individuals on their best day. If that means Big Mind likes strawberries with pesto sauce, or needs to walk in circles around a Palm tree to come up with their next big invention – so be it.