Metaphorically, DMT is like an intellectual black hole in that once one knows about it, it is very hard for others to understand what one is talking about.

When in 1967, aged sixteen, Dennis visited his older brother in Berkeley, California, Terence stated that he knew what the philosopher’s stone was. “It’s sitting in that jar right there on the bookshelf.” Earlier, in the Fall of 1965, Terence McKenna had been visited one night in his rented rooming house at 2894 Telegraph Avenue by “a very strange friend who lived in Palo Alto.” By then, Terence, who had commenced studies at U.C. Berkeley, had been familiar with the psychedelic effects of morning glory seeds, and had sampled Sandoz LSD by way of neighbor, lead guitarist of Country Joe and the Fish, Barry Melton. But those exposures afforded him little preparation for what transpired that night.

Wearing a little black suit buttoned up to the throat, his friend—whom Terence referred to as “kind of a social menace and intellectual criminal,” whom he held as his “great inspiration,” and who was always the one “to get there first, whatever it was, to do it, to reject it, and to be absolutely contemptuous of it by the time anybody else even arrived at the scene of the crime”—came over with a little glass pipe and stuff that looked like orange mothballs. “Something you might be interested in.” Regaling those gathered at California’s Ojai Foundation with information he might never have publicly stated before or since, Terence indicated that his friend had imparted to him that the material had been boosted from a US Army chemical research operation down at the Stanford Research Institute in Menlo Park. “Someone managed to get a fifty gallon drum of this material out of the inventory without anybody knowing.” Terence wanted to know what it was. His friend, who had only months before announced that “we must live as if the apocalypse has already happened,” said “its called DMT.”

“Regardless of the provenance of the material smoked, Terence McKenna’s world was turned inside out on that night in the Fall of ’65”

The friend visiting Terence was none other than Rick Watson, whom we’ve met in the previous chapters. Along with John Parker, Watson was among Terence’s closest friends from Awalt High School in Mountain View, California since 1963. Terence appears to have minced facts, since the provenance of the material he smoked in Telegraph Avenue was not Army-sourced, but, according to Watson himself, from “Kesey’s circle”—and thus likely the work of Bear Stanley. Furthermore, the reference to a “fifty gallon drum” is a spectacular embellishment on the “6-inch high cylindrical metallic containers” that, in Watson’s imagination, may or may not have housed DMT at the SRI.

Regardless of the provenance of the material smoked, Terence McKenna’s world was turned inside out on that night in the Fall of ’65. Taking hits from a “mothball,” he was immediately transported into another dimension: “a brightly lit, non-three-dimensional, self-contorting, linguistically intending modality that couldn’t be denied.”

I sank to the floor. I had this hallucination of tumbling forward into these fractal geometric spaces made of light and then I found myself in the equivalent of the Pope’s private chapel and there were insect elf machines proffering strange little tablets with strange writing on them, and I was aghast, completely appalled, because in a matter of seconds . . . my entire expectation of the nature of the world was just being shredded in front of me. I’ve never actually gotten over it. These self-transforming machine elf creatures were speaking in a colored language which condensed into rotating machines that were like Fabergé eggs but crafted out of luminescent superconducting ceramics and liquid crystal gels. All this stuff was just so weird and so alien and so un-English-able that it was a complete shock—I mean, the literal turning inside out of my intellectual universe. . . ! It’s like being struck by noetic lightning.

The double Scorpio in his late teens had considered himself intellectually prepared for pretty much anything. He was an art history major, a Hieronymus Bosch fan, read Moby-Dick, William Burroughs, all the works of Huxley. But the experience was so “un-English-able” it cast him into a state of shock. Rocked by the impossible, he would later tour the globe to enunciate how “the ordinary world is almost instantaneously replaced, not only with a hallucination, but a hallucination whose alien character is its utter alienness.” There was “nothing in this world,” he cautioned, that “can prepare one for the impressions that fill your mind when you enter the DMT sensorium.” Not unlike Burroughs, who had declared to Ginsberg in 1953 “Yagé is it,” McKenna understood that he had been exposed to the secret. “There is a secret and this is it,” he remarked to the folks gathered at Ojai. “It is the secret that the world is not only not the way you think it is, it’s that the world is a way that you can’t think it is.” And further, this secret was not “something untold,” but that which “can’t be told.” While convinced that he’d discovered the most powerful of all hallucinogens, unlike Burroughs who, having summoned the “Dim-N” genie in 1961, concluded that he’d been exposed to “the nightmare hallucinogen,” armed with the knowledge of its endogenous status McKenna promulgated the “paradox that DMT is the most powerful yet most harmless” of all substances.

“The human mind cannot endure that much beauty”

While he may have lived his own paradox throughout the 1980s and 1990s communicating that which can’t be told, his speaking tours were not so much miraculous feats of transposing the ineffable than spells cast through an idiomatic word contagion. If ultimately, “the house of constipated reason must be infiltrated by art, by dreamers, by vision,” he was a lightening rod for a visionary arts and a neo-hermetic dance movement. What was at stake was “nothing less than the redemption of fallen humanity through the respiritualization of matter,” and DMT was the spiritual agent.

Meanwhile, returning at the end of the Summer of Love from Berkeley to Paonia, Colorado, where he still lived with their parents, Dennis carried a couple of lids of cannabis, half an ounce of hash, a few hits of acid, something he thought was mescaline and “the Holy Grail—half a gram of DMT.” Following his debut with DMT in 1967, Dennis recounted in his diary visions “of a bizarre and otherworldly beauty, so alien and yet so beautiful. The human mind cannot endure that much beauty, and that kind of beauty, without losing its conception of what reality is.”

Though I could not myself speak, I heard, felt, saw, listened to, perhaps communicated with, a sound that was not a sound, a voice that was more than a voice. I encountered other creatures whose environment was this alien universe that I had broken through to. I became aware of, perhaps entered into communication with, actual distinct and separate consciousnesses, members of a race of beings that live in that place, wherever that place may be. These beings appeared to be made of part thought, part linguistic expression, part abstract concept made concrete, part energy. I can say no more as to the nature of these beings except that they do exist.

Dennis’ dance with dimethyltryptamine marked a profound life transition, as he eventually became an ethnopharmacologist whose romance with ayahuasca saw him embrace the visionary brew as the key to averting global ecological catastrophe.11 While destined for dramatically varied careers—one a loquacious front-man for the machine elves of hyperspace, the other a renowned scientist—each of the McKenna brothers were profoundly impacted by their experiences with DMT between 1965 and ’67. And four years hence, they were drawn toward a momentous frontier: the Amazon.

This article is an excerpt from Graham St John’s book Mystery School in Hyperspace: A Cultural History of DMT (North Atlantic Books/ Evolver, 2015). 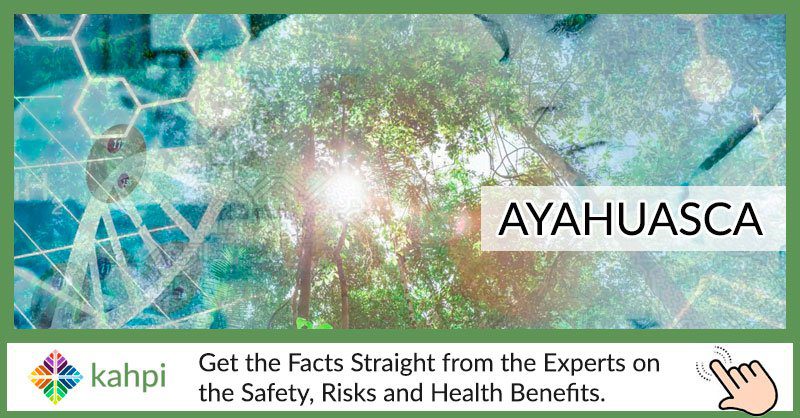 In the "Wisdom of Life," Arthur Schopenhauer sums up an unspoken assumption of Western philosophy when he writes: "Every man is pent up within...
Read more

Prague gets ready for Beyond Psychedelics – the Global Multidisciplinary Conference on Psychedelic Substances, Mental Health, Alternative States of Consciousness and Technologies. It is...
Read more

Many of us are skeptical about psychedelics. These drugs are called red pills, good trips, and even cosmic epiphanies. A lot of people associate these drugs with youngsters and...
Read more
Ayahuasca

Explaining what it’s like to trip on psychedelics is difficult to explain to someone who’s never tried them. And while LSD, mushrooms, DMT, ayahuasca, and MDMA elicit different effects, they’re all responsible for producing (often vivid) hallucinations in the people who take them. How do psychedelics work, though? What’s happening...
Read more
Art

A new generation of psychedelic artists have emerged in the past ten years who have taken visionary art to a new peak becoming one of the most culturally relevant art forms of our time. Since the dawn of art, artists have attempted to reach and to show what the...
Read more
LSD

In the 50’s, CIA was using LSD for spicing the local food.

The 50-year mystery known as the ‘cursed bread’ in Pont-Saint-Esprit France, which left residents of a sleepy French village suffering chronic hallucinations, was discovered to be a CIA experiment in which their bread was spiked with LSD. The revelations were discovered by an American investigative journalist when he uncovered evidence...
Read more