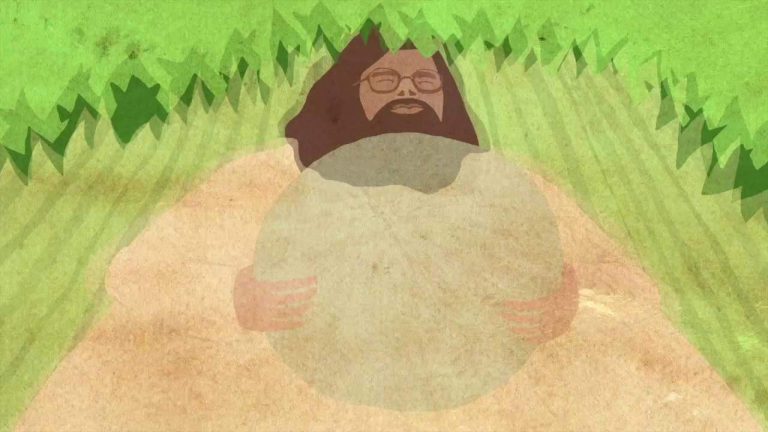 Produced for the movie ‘Terence McKenna’s True Hallucinations‘, this short animated story is a glimpse into the mind of a 23-year-old Terence McKenna, spending the March of 1971 in the middle of the Amazon jungle, already steeped in Sci-fi and Taoism, with an imagination ignited by the psilocybin mushrooms – some the size of dinner plates – Terence and his gang lucked upon.

The story is a reminder of what the Japanese Buddhist philosopher Dogen called ‘Not Doing Wrong Action’, which simply means, as Terence put it, ‘There is an appropriate way to do everything.’

It’s also a story about ‘Seeing is believing’, and the difficulty of making others perceive our reality.