Does Yoga Trigger A Natural DMT Secretion In The Brain?

If you are familiar with the compound Dimethyltryptamine, or simply DMT, you know that it is a psychedelic molecule in the tryptamine family closely related to psilocybin, the active ingredient in magic mushrooms. This chemical is widely speculated by reputable scientists and doctors to also exist inside the human body, but due to its legality there have been only a few studies to confirm this as fact. Figures like the psychedelic lecture icon Terence McKenna also suspect that it is indeed illegal because of its ability to suggest to users the question of reality and the system and culture we are born into. For this, and many other reasons, not much concrete science has been done to confirm DMT’s role in the human brain. However, there are many traditions worldwide that revere DMT as a sacred medicine that allows the mortal human to glimpse the infinite reality, also called by names such as the spirit world, the astral plane or the godhead.

Interestingly the tradition of Yoga in the East holds many parallels with the transcendental experience that users of DMT and similar compounds report. Mystical union, contact with the divine, and communication with higher beings or intelligences are all themes woven throughout the path of Yoga, particularly Rāja (Royal Yoga), or Kundalini Yoga in the west. Accessing higher awareness, both of the self and the spiritual world, is the primary goal of the various facets of yoga. Making use of kriya (postures), mantra (chanting), mudra (hand positions), and meditation (the stilling of the mind) yoga is said to help its practitioners achieve physical, mental and spiritual balance by activating the secretions of various glands in the body.

Two of the most interesting glands to the psychonaut will undoubtably be the pineal gland and the pituitary gland, both which are seen as intuitive centers in yoga and are referred to as the “third eye” and the “crown chakra”. Both of these centers in the body represent inner vision, intuition, dreams, and mystical / spiritual experience. There are countless reports of yoga reliably triggering spiritual experiences, sometimes in as little as 3 to 10 minutes of practice, in its practicioners. If this is the case, there may be a chemical interaction taking place in the brain, perhaps involving DMT, which allows this experience to unfold. DMT is the only psychedelic compound, other than the recently reported endogenous cannabinoids, that is heavily suspected to be present in the body. In fact, many scientists, anthropologists and researchers are willing to stake their careers on the fact that DMT does indeed exist in the human body and is responsible for dreams, near death experience and out of body travel.

For the Yogi, the purpose of their practice is to balance the spiritual energies in the body and come to a realization of unity with everything. Effectively aiming toward oneness or enlightenment, a mystical experience takes place for this understanding to dawn into the yogi’s psyche. Meditative bliss, a dream-like state or visions can unfold for the advanced yogi, allowing a glimpse into the so-called “spiritual realm” which exists alongside our material reality according to yogic tradition. Seated somewhat in science, and somewhat in mystical belief, these states are accessed by exercises that stimulate all of the glands of the body, the pineal and pituitary generally being the final to activate and bestow such an experience. The big question now is, how would we prove that DMT is the chemical that is allowing us to break through the filters of the human mind and see into a world hidden to most of us?

University of Wisconsin-Madison researchers have discovered that DMT is derived from the naturally occurring amino acid tryptophan and is structurally related to the neurotransmitter serotonin. According to senior author Arnold Ruoho, chair of pharmacology at the UW-Madison School of Medicine and Public Health this discovery illustrates the old saying often used in the biological processing of natural molecules: Nothing goes to waste. “We have no idea at present if or how the sigma-1 receptor may be connected to hallucinogenic activity…[but] our findings support the idea that biochemical alterations of molecules such as tryptophan can produce simple compounds such as DMT that may target other regulatory pathways served by sigma-1 receptors,” he says. 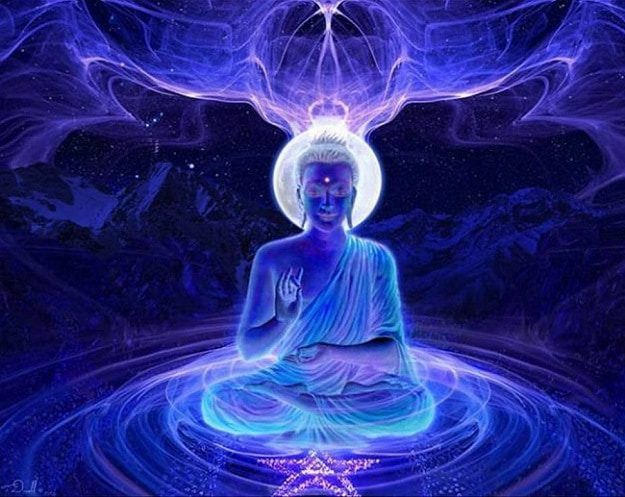 “DMT may also reflect the presence of an even larger family of natural compounds that arise from other structurally related amino acids that may further regulate the receptor”, Ruoho adds. “It may well be that these different, naturally derived chemical forms regulate the sigma-1 receptor in tissue and organ-specific ways.”

Although there is no solid answer available to us, it is clear that there is a role for this and similar compounds in the human body, and in nature as a whole. Again using the mantra “nothing goes to waste”, there must be a role for DMT in the evolution of nature, mankind, or consciousness. Only time will tell if science will open its doors fully to explore the inner-potential that these chemicals have to offer us when used in the proper set and setting. Until that time, yogis will continue to embark on their daily spiritual pilgrimages to the “higher reality”, whether by practice or by communion with the chemicals not unlike those allowing us to perceive the world as we do in daily life. 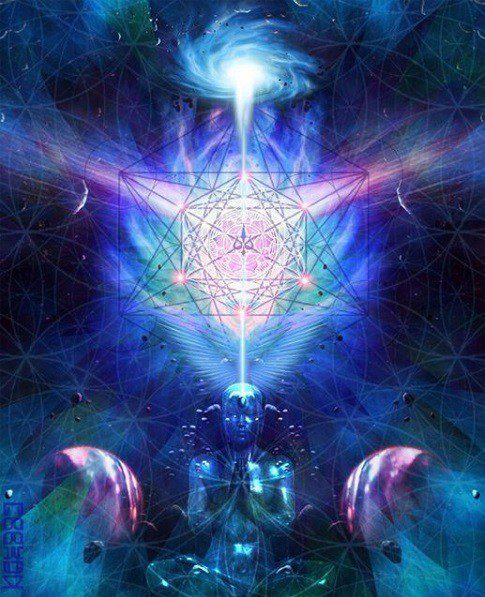 Importance of Yoga and Meditation in Students’ Life

In the "Wisdom of Life," Arthur Schopenhauer sums up an unspoken assumption of Western philosophy when he writes: "Every man is pent up within the limits of his own...
Wisdom