5 Psychedelic Plants That Are Legal To Grow, But Illegal to Consume

Nature is offering a tremendous variety of psychologically altering plants and if you are interested in new age gardening you can grow you own legal garden of LSA, DMT and mescaline. However, you can enjoy these plants from an aesthetic point of view only! Since extracting and consuming their potent high-inducing chemicals will get you in trouble with the law! 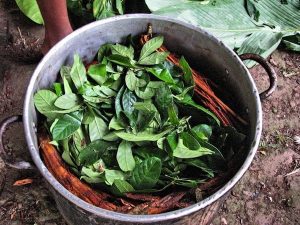 1. Ayahuasca is used among Amazonian tribes and it contains an MAOI which is an extremely powerful anti-depressant. This anti-depressant can only be prescribed in severe cases.

Brewed Ayahuasca can get you in trouble over the border but if you are planning to visit the deep forests of South America just to take a sip, know that it will offer some serious psychedelic properties.

However, in Peru, Ayahuasca is used as a religious sacrament since it can take your mind in deep spiritual places you haven’t reached before. This vine is legal in The US, but the brew is certainly not. 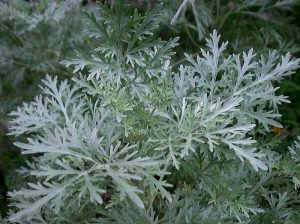 2. Wormwood’s pale yellow flowers are used for making absinthe. It’s a perennial herb and when in full bloom, its flowers can be dried and consumed to be used as a pain reliever.

Although wormwood as a whole is a poisonous plant, the wormwood oil can be used as a cardiac stimulant.

Still, it shouldn’t be consumed in large quantities. Wormwood is even smoked in tandem with cannabis to exaggerate the effects of the high. Still, plant it if you want to aesthetically lighten up the garden. Any other case is illegal.

3. Hawaiian Baby Woodrose is originally found in South Asia, but it has been spread worldwide. The plant is also known as Elephant Creeper and the accent is put on the seeds since they offer hallucinogenic properties. 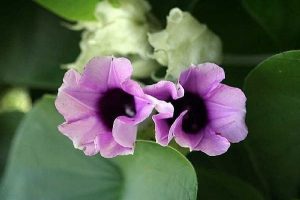 You won’t be bothered by the law if you grow this plant which can climb up to 31 feet, but the extraction of LSA from the seeds is absolutely illegal.

Just for your information LSA stands for Lysergic acid amide, which was a precursor to LSD. The fact that both have a similar chemical structure means they share similar psychedelic effects as well.

4. Dream Herb is an interesting Mexican plant that enables the user to completely recollect dreams. It can even make the user dream more frequently.

Medicinally, it’s a fever-reducing plant, and also a stimulant that increases reaction time.

Although this plant is totally legal to grow and sell, some states have banned its consumption.

However, if you are interested enough to try it without having to run into trouble, visit the Chontal people, they crush the dried leaves and brew them as tea. 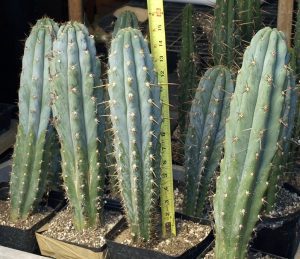 5. Peruvian Torch Cactus is a desert plant that grows in the Andean mountain.

It has always been known for its psychedelic alkaloids. As potent as peyote, this cactus is famous for one key element: it derives its high-inspiring qualities from mescaline.

It has been confirmed that creative figures like Pablo Picasso and Aldous Huxley had been using mescaline, making it quite popular.

Why is that? Because it distorts the user’s vision, particularly amplifying intense patterns to produce a kaleidoscope effect. That doesn’t make it a legal, though.

While I am certified in Nutrition, this article is going to be more about fasting for spiritual benefit then physical body benefits, specifically for those of you practicing with psychedelics. Traditional fasting is the act of abstaining from all food and drink (with the exception of water)...
Read more

Ayahuasca is a tea brewed from a Psychotria Viridis plant and pieces from a vine called Banisteriopsis caapi. The sections of the plants are boiled in hot water to draw out all the properties of the vine and shrub. It’s served in small quantities to people who...
Read more

The power of the plant world is in us too, we have always been using herbs, fungus and plants, Archaeological evidence indicates that humans were using medicinal plants during the Paleolithic, approximately 60,000 years ago. We only started altering their growth methods about 6,000 years ago. In reflection the whole industrial...
Read more

Mental health disorders such as anxiety and depression plague people around the world. Patients experience depressive moods, changes in sleep patterns, and even suicidal thoughts. These symptoms can prevent anyone from leading a healthy, normal life. As of late, psychedelic drugs have been...
Read more
Psychedelics

Prague gets ready for Beyond Psychedelics – the Global Multidisciplinary Conference on Psychedelic Substances, Mental Health, Alternative States of Consciousness and Technologies. It is one of the largest events of this type in the world and on June 21-24, 2018, it will gather over 120 world leading psychedelic scientists...
Read more
Psychedelics

Many of us are skeptical about psychedelics. These drugs are called red pills, good trips, and even cosmic epiphanies. A lot of people associate these drugs with youngsters and partying. There are a lot of misconceptions about psychedelics that it would be useful to know. In this article, you...
Read more