Psilocybin mushrooms and the unique state of mind they bestow have played an important, deep seeded role in human history. The extensive study of humanity’s ancient theological culture and ancestry has confirmed that many of the forerunners of our planet had established a sacramental relationship with the power of this mystical fungus. While psilocybin mushrooms grows worldwide, there have long been rumors and folklore about a highly coveted, rare, and ultra-potent species of psychoactive mushroom. Some believe it is only a tale, but others take their mushroom lore quite seriously. We would like to explore the possible species of mushroom that may be the mythical “Soma”, “Food of the Gods” or “Philosophers Stone”, among many other obscured nicknames. A word of caution to eager mushroom hunters: Never consume any mushrooms found in the wild without the guidance of an experienced mycologist, and in accordance with the laws of your given location. 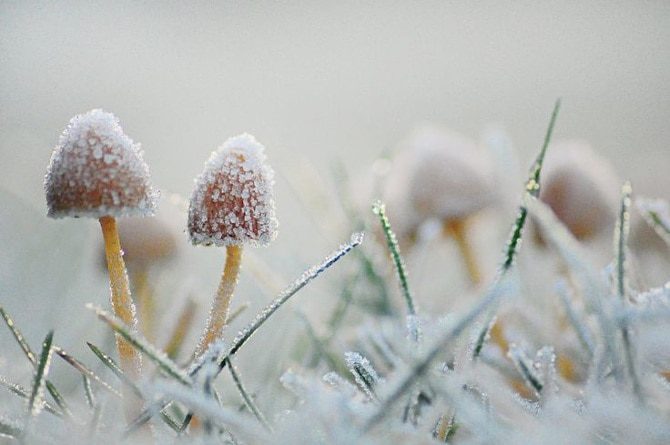 The psilocybin mushrooms of our world exist in a wide array of shapes sizes, potency, and characteristics. Each species of these mystical mushrooms – over 180 known – have their own unique growing conditions and environments depending entirely on their region of origin. While some strains have made an appearance in a plethora of locations on our planet, other strains have proven themselves to be more rare and exotic with unique conditions necessary for growth. In our search for the “holy grail” of mushrooms, we narrowed our sights to only the rarest, most potent, and primordial of the known species.

Psilocybe Tampanensis, also known as the philosopher’s stone, is unique in both appearance and effects. This variety of hallucinogenic mushroom rarely occurs in nature, the first specimen found by Dr. Steven Pollock on a sand dune outside of Tampa, Florida 1977. He returned to his laboratory in San Antonio, Texas to study the specimen. After coming to the conclusion that this fungus sample was a psilocybin mushroom, Pollock consumed part of the sample straight out of petri dish and after experiencing the effects, he described the specimen to his colleagues as “the elixir of life”. This strain is as powerful as it is rare and is now primarily grown by mycologists in the Netherlands.

Psilocybe Azurescens are considered to be the largest of all the specimen of the psilocybe genus with stem lengths up to 20 centimeters and caps as wide as 10 centimeters. This species was first discovered as an unidentified fungus by a troop of Boy Scouts outside of Astoria, Oregon and was being grown outdoors on woodchips and cow mulch by 1981 due to their powerful psychoactive capability. P. Azurescens are often said to be the most potent of all psychedelic mushrooms, but this remains difficult to prove as every single individual mushroom is different in terms of psilocybin and psilocybe content regardless of weight. This strain of psychoactive mushrooms grows naturally on the Washington/Oregon coastal region and fruits in the Fall.

Panaeolus Cyanescens are considered by some to have the smoothest psychoactive effects in terms of intensity and induced anxiety, but still considered to be one of the most powerful varieties of psilocybin mushrooms. This species seems to thrive in moist, woodsy regions like the forests of Manatee County, Florida and the jungles of central America. These mushrooms are believed to be the psilocybin mushrooms the ancient central American natives had come to cherish through spiritual ceremonies and illustrations of Seven Flower, the Mixteca god of hallucinatory plants.

This moderate to high potency mushroom specimen is only known to grow exclusively in the mountainous, jungle filled region of central America. They are most often found growing on logs and trees stumps in moist, high elevation areas such as hill tops and mountain meadows. Psilocybe Aztecorum was first recognized as a new strain of psilocybin mushroom by French mycologist Roger Heim in 1956. Heim had been studying had been studying fungus samples from Paso de Cortés and realized the Aztecorum was unlike any of the other samples he had studied from the region. This strain fruits in the Fall and can vary widely in size.

Amanita Muscaria, also known as Fly Amanita or Fly Agaric, has a unique appearance and history, although it does not contain psilocybin. In addition to its considerably high potency, this variety of psychoactive mushroom, found in a number of regions in the northern hemisphere, is also recognized for its ability to be mixed with cow’s milk to create a mixture that kills flies, earning it the name ‘Fly Amanita’. A word of caution, these mushrooms are poisonous and are to be prepared in a very particular manner; otherwise they could be deadly. This was also the type of hallucinogenic mushroom recently discovered growing in the royal garden of Queen Elizabeth II. The Amanita appears recurringly throughout Alice in Wonderland and there have also been speculations that this is the mushroom that inspired the famous mushroom of the Super Mario Brothers franchise that we are all familiar with.

Considering that some types of mushrooms have only ever been found in the wild once, perhaps the most exotic, mythical, or most potent strains have yet to be stumbled across and documented by science. With all of the ongoing research and the field mycologists around the world in constant search of new specimen, our understanding of these natural hallucinogens and our ancestral relationship with them is going to continue to grow. 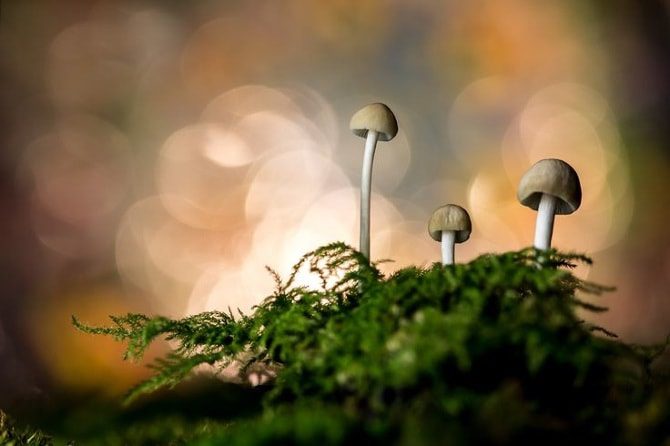 Psilocybin is a naturally occurring psychoactive compound that is synthesized by over 200 mushrooms of the Psilocybe (pronounced sil-ohh-si-bee) genus. It’s not clear why these mushrooms have evolved to produce a compound that closely imitates a crucial human neurotransmitter (serotonin). One theory suggests it is a fungal...
Read more

My experience doing a Heroic Dose of Magic Mushrooms

Terence McKenna liberated his audiences with tales of doing what he called a “heroic dose” five grams of dried psilocybin mushrooms. I have been on this journey many times myself, but my greatest trip to date was following in his footsteps into South America. While I never...
Read more

Many of us are skeptical about psychedelics. These drugs are called red pills, good trips, and even cosmic epiphanies. A lot of people associate these drugs with youngsters and partying. There are a lot of misconceptions about psychedelics that it would be useful to know. In this article, you...
Read more

Psychedelics have unique effects on the brain compared to other psychoactive drugs. In the effort to demonize mind-altering drugs, critics have overlooked some very real benefits. The main reason for...
Read more
Psilocybin Mushrooms

Legalise the supply and possession of psilocybin (magic mushrooms)

To Sarah Newton MP, minister for drugs: We call on you to legalise the supply and possession of psilocybin ('magic') mushrooms. Psilocybin-containing mushrooms have thousands of years of recorded human use1. Studies indicate that they can leave people calmer, happier, kinder and more open-minded 2 3. Their benefits are such that,...
Read more
Psilocybin Mushrooms

New research has shown that using “magic mushrooms” might rewire the brain, leading people to have entirely new experiences. The brain builds pathways over the course of a lifetime, and strengthens those pathways every time it uses one. That means that people tend to get into a rut of...
Read more
How?

How to Take Psilocybin Mushrooms – Beginners Guide for Safely Use

How to Take Psilocybin Mushrooms Psychedelic mushrooms containing psilocybin are one of the oldest and safest traditional medicines and have been used for centuries in many countries around the world. The therapeutic and spiritual uses of mushrooms are what make it such an important tool for growth and healing. Over 200...
Read more