Taylor Camp was a small settlement established in the spring of 1969 on the island of Kauai, Hawaii.

Taylor Camp, says Hawaii-based photographer John Wehrheim, was not a commune, and there were no rules. Set at the edge of the road along the beach of the ancient island of Kauai, the tiny village was home to restless souls longing to escape from the unrest of their generation, from the traumas of the Vietnam War, the Kennedy and Martin Luther King assassinations. Youngsters from around the country fled to Taylor Camp, where they erected and lived in makeshift tree houses of bamboo and tin, rode the surf, lounged in the nude, smoked weed, fished and farmed, and raised their children.

Wehrheim arrived in Kauai in 1971 at the age of twenty-three, bearing only a bag, a surfboard, and a bong. He and a former student from his time teaching at Honolulu’s Hawaii School for Girls were invited to stay on the property of Howard Taylor, who at the time owned the land on which the camp stood. After the first thirteen hippie campers to settle on the island were jailed under state vagrancy laws, Howard, who happened to be the brother of starlet Elizabeth, bailed them out and offered them them the land that stood just across the bay from his home. By 1969, the camp was officially Taylor Camp, ultimately growing to house nearly one hundred men, women, and children, whom Wehrheim frequently visited for sleepovers and photo shoots.

When he first ventured into the camp, the photographer was met with a degree of suspicion. It wasn’t until he came across a 75 feet long party house, known simply as “The Big House,” that the face of Debi Green emerged from the treetops. She welcomed him into the fold, introducing him to her sister Teri and allowing him to snap their portraits. When he came knocking with the gleaming silver prints, their trust was his, and he found himself booked full of sessions on the camp. In exchange for his photographs, Wehrheim was paid in meals, weed, and parties, where clothing was always optional. Looking back, he affectionately calls it his “dream assignment.”

People came to Taylor Camp in search of an existence sequestered from the violence that dominated mainstream media and life. There were college kids, war veterans, and young adults fleeing from the law and from the shadow of the draft. Here, they found the peace and solidarity that had eluded them in their previous homes. The found friends, lovers, brothers, and sisters. While some held steady jobs, others found work with the locals, who generally resented the mass hippie migration but also valued that the campers were willing to labor for small amounts of cash. The children rode the bus to the local school, and they had an in-house mid-wife and a medic returned from the war. Food grew naturally all around them, and many were supported also by welfare and food stamps. When he visited on weekends, Wehrheim brought with him cucumbers and bananas, farmed fresh between the photography courses he taught at a local college.

Taylor Camp stood for eight years, until in 1977 it was razed to the ground. As the state government began to close in, the community enlisted the help of Legal Aid attorney Max Graham and his assistant JoAnn Yukimura, who would go on to become both Wehrheim’s wife and the country’s first Japanese-American woman mayor. Although the evictions were delayed over a few years, most the campers were ultimately persuaded to abandon camp of their own volition, relocating to different parts of the island and country. The few who stayed behind were robbed and beaten by local troublemakers until they were carted out by the authorities and every last remnant of the camp was burned. A mother and her infant were among the few who remained until the end.

These days, Wehrheim is a member of the Taylor Camp Facebook group, and he frequently reconnects with former residents, and in addition to the book, he has created a film to honor his friends from Taylor Camp. While Wehrheim admits that he has moments of homesickness for Taylor Camp, it was never really his home to mourn. The people close to him had all left before the torch hit the ground. He knew, he says, that the time had come, and from the rubble, he had lifted a gleaming set of memories. What he remembers best is the quality of the light, the shimmering rays of sun that flooded through trees and into the houses. Those eight years at Taylor Camp are a small and glittering sliver lodged in the memory and imaginations of all who lived there, but still the photographer cautions about living in the past, concluding, “I feel a sense of nostalgia for ‘the good old days,’ but I also realize that right now we’re living the good old days.” 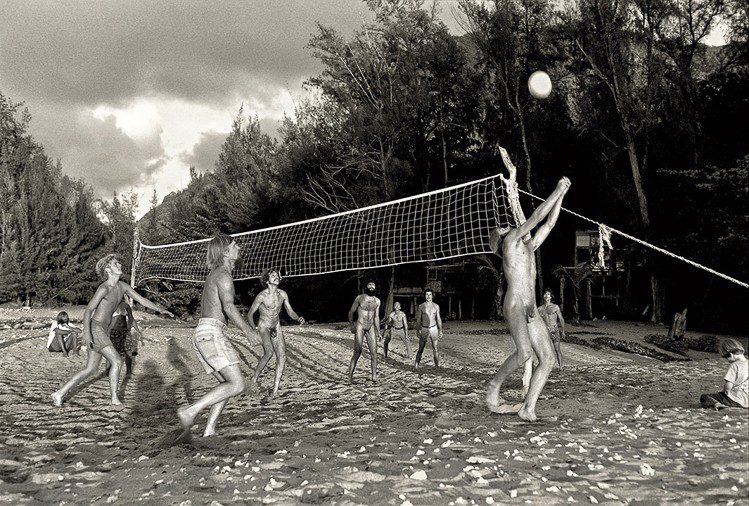 Everything you need to know about Dakini Festival 2017

This summer’s only festival that makes you feel like a copilot in a full of adrenaline aviation show on Tuzla Airfield, has gathered artists from all around the world for 5 days and nights of partying on the Black Sea's shore. Dakini Festival is a new festival spearheading another psytrance...
Read more

HOW TO SPOT A HIPPIE: Here are some Tips!

Hippie Spotting: Here’s your Guide Hippie’s are the coolest type of people, they don’t have a care in the world, they live-off the grid and are the most fun-loving bunch under the sun.  As a bit of fun, here’s a guide to spotting one. Namaste : The equivalent to saying “Hi...
Read more

11 Reasons Why Hippies (Not Psychos) Should Rule the World

Don’t be fooled. The status quo is delusional. When it comes to what really matters, what you feel in your marrow is usually right. And on this note, hippies...
Read more
Art

10 Of The Most Amazing Treehouses From Around The World

I’m sure as kids, we all dreamed of living in a treehouse. We may have even had a tree perfect enough for it that we got our families to help us build one. They were secret places for club houses and getaways from our sometimes pesky parents. As much of...
Read more