Electromagnetic fields and healing powers of the Bosnian Pyramids

The Bosnian Pyramids are believed to be the oldest known Pyramids on the Planet. Their might doesn’t reside only in their size and age, but in their healing powers as well.

The results have baffled everyone who has examined the amazing constructions. Dr. Slobodan Mizdrak, a physicist from Croatia, led a team of experts in 2010 and 2012 that measured the electromagnetic radiation of the Bosnian pyramids complex as the unusual ultrasonic frequency of 28kHz which emerged from the top of the Bosnian Pyramid of the Sun, analysis which corroborates the findings of Dr. Oldfield. 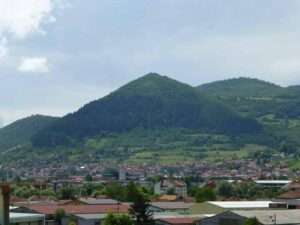 According to testing, the origin of the “energy beam” leaving the Pyramid of the Sun was below the pyramid, at a depth of 2440 meters. The study also demonstrated that a metal plate located at a great depth and high concentrations of negative ions are generating electricity over 10 kilowatts. Croatian scientists also detected a light beam with a radius of 4.5 meters in 2010, emerging from the top of the Pyramid of the Sun. A phenomena that has been recorded half way across the globe in the Yucatán Peninsula, at the Pyramid of “El Castillo”.

Experts from all over the world have come to Bosnia and studied and measured ultrasound, infrasound, infrared and electromagnetic fields of unknown origin at the top of the pyramids of the Sun and Moon. Among the frequencies that were detected are the following: 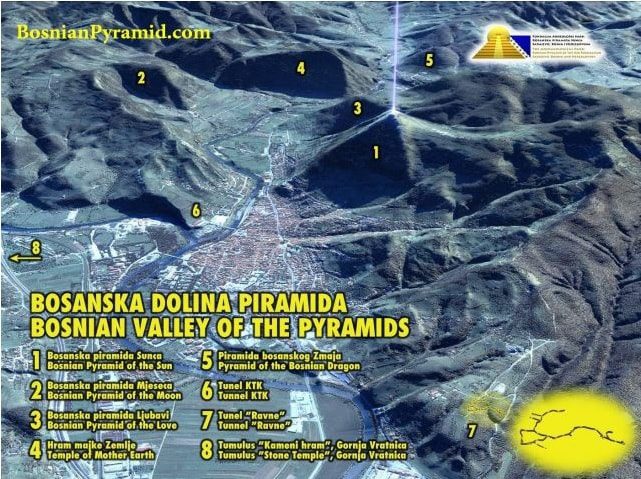 In 2012, Italian archaeologists Dr. Ricardo Brett and Niccolo Bisconti discovered organic material within the blocks covering the Bosnian Sun Pyramid, the results were breathtaking. According to carbon-14 dating, in a laboratory in Kiev, Ukraine, the age of the Bosnian Pyramid of the sun is at least 24000 years +/- 200 years old.