Much of the physical remains of humanity’s ancient past has been swallowed up and hidden from sight by the vast oceans of our planet. With the use of our technological advancements, we’ve been able to survey the sea floor in different parts of the globe and have made discoveries that have altered what we understood about our ancient history. Through the curation of artifacts and the study of these ancient architectures, we have a more accurate mapping of the chronology of humanity than ever before. 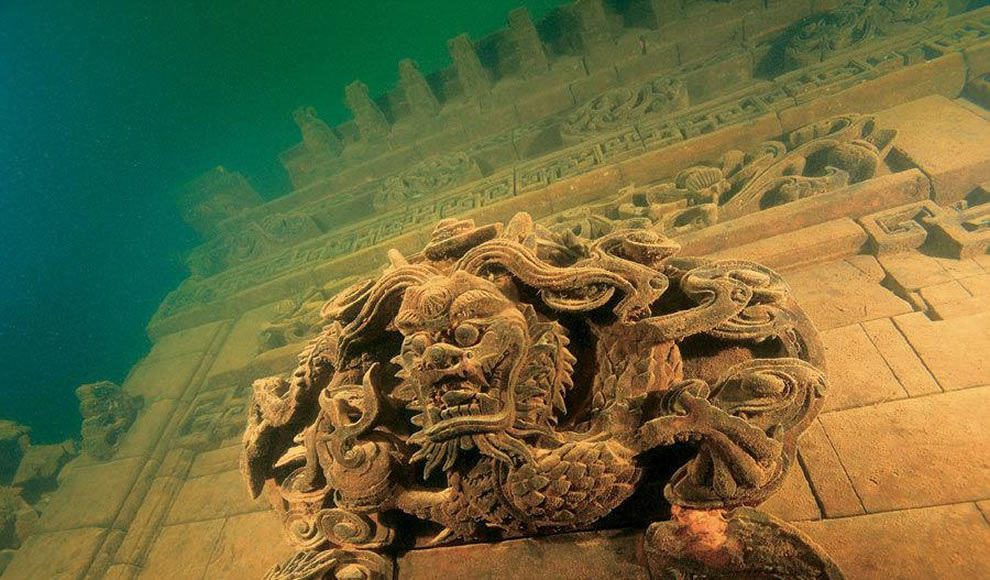 In the waters of Alexandria, Egypt lies the long lost ruins of the palace and temple complex of Egypt’s last queen, Cleopatra. It is believed to have been submerged more than 1,600 years ago due to tsunamis and seismic activity causing it to slide into the sea. After thoroughly surveying the ruins, the descriptions of the city left by Greek geographers 2,000 years ago have been confirmed for true. Statues, coins, artifacts, and treasures have been recovered completely intact and in near perfect condition from this sunken site. The sculptures found in these ruins are breath taking depictions of Egyptian mythology and life style, the beauty of which is rivaled only by the sculptors of the ancient Chinese dynasties. Experts also believe to have located Cleopatra’s tomb along with an ancient museum in the ruins. Ancient literatures, documents and archeological information have all made claims that offered reason to believe that the region of Alexandria, Egypt was of great importance, though we did not have much physical evidence as to why this was. In 1992, topographical researchers began to study the region and its coast in hopes of discovery, unaware of the historical treasure trove to be stumbled upon under the sea. 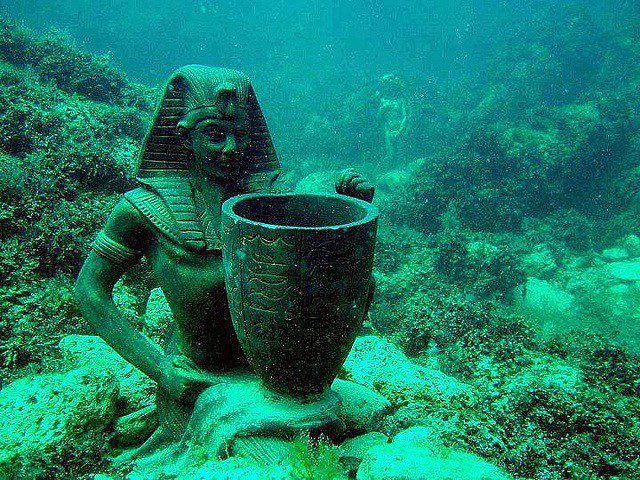 Off the shores of Yonaguni, Japan lies fully submerged ruins that have been dated back to an estimated 10,000 years old. There are no signs of natural disaster that may have caused these ruins to fall into the sea, leading researchers to believe that these structures were built anywhere from 8,000-12,000 years ago when the sea level was much lower due to Earth’s most recent ice age freezing much of the Earth’s water at the polar caps. The depth of these ruins ranges from 20-100 feet below sea level. These structures are speculated to have been built by the Jomon, the pre-historic inhabitants of Japan. The architecture of these ruins features steps, archways, statues, pyramids, and an obvious understanding of stonemasonry. It is also believed that the Jomon were the first humans on the planet to develop pottery. It was not until 1995 that an underwater explorer by the name of Kihachirou Aratake accidentally swam too far off shore and stumbled across these monolithic structures. 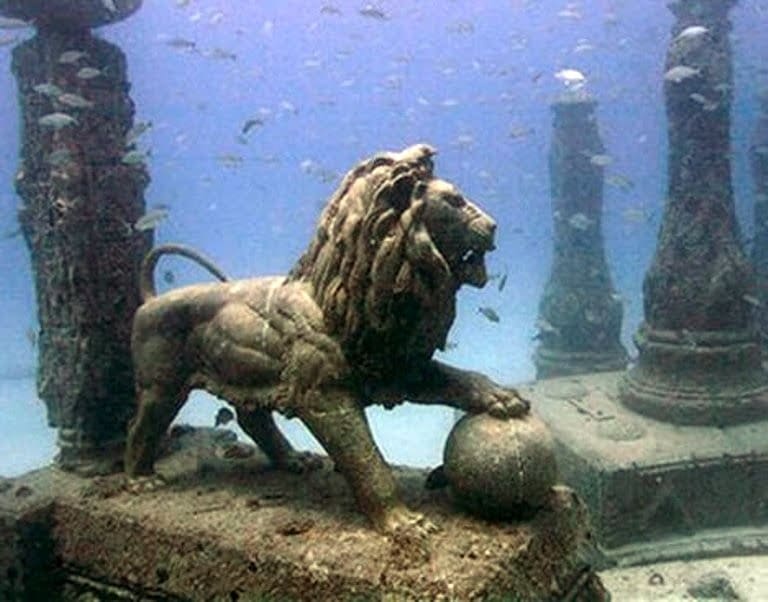 In the Gulf of Cambay off the western coast of India rests an enormous ancient city that is roughly five miles long and two miles wide. The city, known as the ancient city of Lord Krishna, had existed only in myth until its discovery. It was found by chance in 2001 by a group of oceanographers set out to conduct a survey over the pollution in the area. Through the use of sonar, they stumbled across vast geometric structures 120 feet below sea level. Due to the treacherous nature of the waters that these ruins rest in, the strong currents and riptides made it difficult for divers to study the region initially. With samples recovered from the ruins such as construction materials, sculptures, sections of walls, and even human bones and teeth, researchers have dated this city and its civilization back roughly 9,500 years, predating the oldest known remains found on the subcontinent by more than 5,000 years. Until now, the oldest cities of this size that have been discovered were the ancient cities in Mesopotamia, which only date back about 4,500 years. It is believed that this city was submerged under water at the end of the last ice age, like the ruins near Yonaguni, when the polar caps began to melt. This discovery has altered everything we thought we had understood about human history; the amount of time between this lost civilization and the work of the ancient Egyptians is the same amount of time between the ancient Egyptians and today. 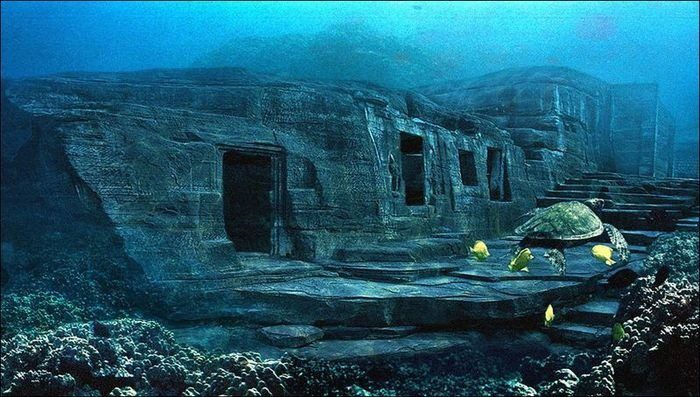 These ancient, subaqueous realms are only but a few of the dozens we have uncovered today and those dozens are likely only the cusp of all that our planet has to offer on the mystery of our past. As we continue to scour the depths of our oceans we will continue to discover the long lost remains of our ancients and may one day be able to complete the puzzle that is human history. A few more sunken cities of our ancients that would be of interest to anyone looking to learn more are the Lion City of Quiandao Lake, China, Olous of the Mediterranean Sea, Greece, Lapita Village of Mulifanua Bay, Samoa, Pheia of the Mediterranean Sea, Greece, The Dian Kingdom of Fuxian Lake, China, and many more.