Weed Myth: Do Blunts Get You Higher Than Joints?

Because there’s no need to argue about this every time you smoke with your friends anymore, we answer the question – do blunts get you higher than joints?

There may be reasons why you feel higher when you smoke a blunt, but due to other circumstances. So it’s time that the myth was busted – there is a chemical reaction happening in your body when you smoke a blunt that does not occur with a joint. But this doesn’t necessarily make you higher.

What’s the difference between a joint and a blunt? 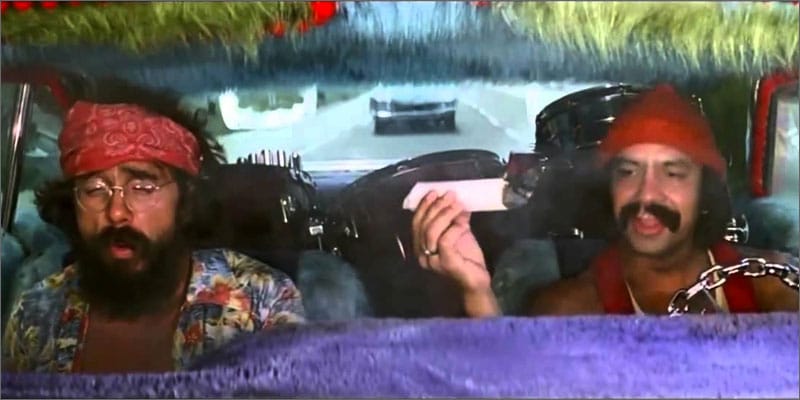 There are some very key differences between a joint and a blunt that might be affecting how stoned you feel. Firstly, you would usually roll a joint with a regular paper. Sometimes you can buy papers made out of hemp, but most of the time what you are using is paper. The paper itself does not contain an intoxicating substance, and so the only thing you are consuming when you smoke it is marijuana.

However, a blunt wrap is almost always made out of a tobacco leaf. So naturally, a blunt contains tobacco, and when you smoke a blunt you are also consuming nicotine. So when you roll a blunt, you are smoking a mixture of both tobacco and marijuana. Blunt wraps are also usually bigger than the papers you would use to roll a joint, so there is probably more weed in there than there is in your joint.

When you mix weed with nicotine, the two work synergistically in your body. That means that you will naturally feel both the buzz of the nicotine as well as the buzz of marijuana. This is why some people might feel higher after having smoked a blunt. However, the effect of the marijuana is not different in a blunt than a joint, but experiencing the two chemicals working synergistically in the body can mimic the effect of feeling higher than normal.

There has been research done about the effects of mixing marijuana with tobacco. Researchers found that with short term tobacco use, the receptors in the brain that attract cannabinoids can actually become more sensitive. However, over long term use of tobacco, those receptors might actually become desensitized. So those who regularly smoke blunts might find over a long time that they need to smoke more weed to get high.

Mixing weed with other things…

Another good example of the effect that nicotine has when mixed with marijuana is to compare mixing alcohol and marijuana. If you smoke a joint and have a beer, you are not more stoned. You are just feeling the effects of both substances at the same time, which makes you more intoxicated. The same principle applies for mixing nicotine with marijuana.

Most intoxicating substances, when mixed together, will behave synergistically in the body to create a different high, but that does not necessarily mean that one of the substances is being felt more strongly.

So do blunts make you higher than joints? Nope.

Consider this myth busted. Blunts do not make you higher than joints. If you feel higher, it’s likely as a result of having mixed nicotine with marijuana because your blunt is wrapped in a tobacco leaf. Also, consider the fact that you might be putting about a gram of weed in a joint, and probably 2-3 grams of weed in a blunt. So if you are feeling higher, it could just be that you smoked twice as much weed in your blunt.

How To Roll Different Styles of Joints

Afroman Teaches You How To Roll A Blunt

So, you want to learn how to roll a blunt? You got it. Whenever we come across a great and entertaining tutorial such as this one, there’s no doubt that we are going to be sharing it with you guys. Maybe you already know how to roll a blunt, but...
Read more

How To Roll The Perfect Joint Filter

Why use joint filters? Using joint filters are a matter of preference for smokers, but there are benefits to using jointfilters tips. If you are used to rolling joints without a filter, you should seriously give this a try! Here are all the reasons that using joint filter tips can make your...
Read more