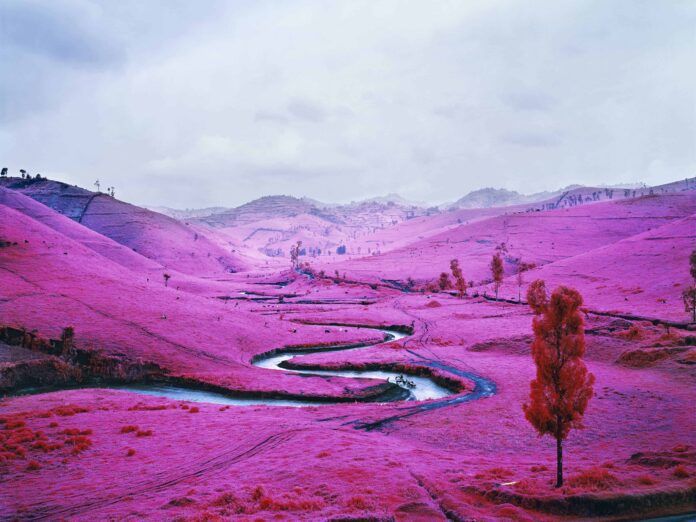 One of Canada’s greatest visionary artists, Chris Dyer, invites us into his Postal Portal Art Studio to talk about consciousness in art and his brand, Positive Creations.

Chris grew up in Lima, Peru, and came to Canada when he was 17 to study the traditional arts. He is now based in Montreal, where he works out of his home , “The Positive Portal,” with his awesome wife Valerie. He spends half of his time on the road, making and spreading his art worldwide, as he explores many cultures and himself. By now he has been able to reach over 30 different countries, enabling him to learn much from a variety of cultures. These powerful experiences have helped him create a flavour of art which fuses many cultures into a spiritual oneness of unity within diversity, which can appeal to all, yet is owned by none.

Chris’ exploration of inner worlds and ability to juggle mediums, styles, and themes has made him stand out in the different art movements he is part of. Because of his unique voice and high productivity, Chris has become one of the leading figures of the North American Visionary Art scene. This position has given him the chance to act as a bridge between that spiritual movement and the less typically “conscious” art scenes he is part of like street art, and skate art. Though he appreciates the scenes he is associated with, he wants to break boxes and manifest the “Oneness” he believes is there beneath it all.

Skateboarding: You can find Chris’ art bubbling up in many different art scenes since he does not tie himself down to one specific medium.  His love for skateboarding may be felt in all these different channels. He was art director for Creations Skateboards, making skateboard graphics, clothing designs, and video production. Although those days may be behind him, they can still be felt in all his works.

Graffiti: Graffiti goes hand in hand with skateboarding, and it’s no surprise Chris Dyer is involved in this scene as well. Chris has an impressive number of murals all over the world. His love for graffiti has led him to express his art on huge walls with beautiful designs and explosive colours. These pieces have the ability to reach millions, both in person and with pictures shared online. Their sheer size speaks volumes to passersby, bringing spirituality to the forefront of their lives and their city.

Connection & Oneness: Chris’ work is all about bridging the gaps between cultures and mediums to find a sense of wholeness and oneness. His art shows us the potential for humanity’s spiritual power and speaks to all our ability to feel connected and divine.

Despite Chris’ healthy press through the years, he is still reaching out from the underground. It is the uniqueness of his art and a solid social media presence that have helped him find his own following. Chris’ biggest joy is to make his fans happy and to meet up with them at the different events performs at, so make sure to catch him somewhere and give him a nice hug.