As a whole, humanity is rather familiar with the psychedelic experience due to our long history of religious, medicinal, and prophetic experimentation, but it wasn’t until recently that we’ve developed the capability of actually seeing what is physically happening in the brain when the consciousness is altered by one of these substances. What has been discovered may surprise you.

Psychedelic experiences and an increase in brain functionality have always gone hand in hand, but that may not be the case. The Proceedings of the National Academy of Sciences reported that during the time of altered consciousness while on psilocybin, certain faculties of the brain seem to ‘power down’. By using functional Magnetic Resonance Imaging (fMRI), decreases in activity were observed in the anterior and posterior cingulate cortices (ACC & PCC) as well as the medial prefrontal cortex (mPFC). Also, functional connectivity between the PCC and the mPFC, which is usually synchronized, seems to de-synchronize considerably in ratio with the intensity of the experience; the strongest experiences are associated with largest decreases of the brain faculties.

“Psychedelics are thought of as ‘mind-expanding’ drugs, so it has commonly been assumed that they work by increasing brain activity. Surprisingly, we found that psilocybin actually caused activity to decrease in areas that have the densest connections with other areas.” – David Nutt, a neuropsychopharmacologist at Imperial College London

Long before the rise of modern brain science, english writer Aldous Huxley actually felt that the brain acts as a “reducing valve” that impedes full conscious awareness and that when this valve is opened by psychedelics, our perception runs rampant and we begin to truly experience existence. Huxley proposed this idea in 1954, the year that he wrote The Doors of Perception. This hunch was based entirely off of his own personal experience after taking the mescaline that he received from Dr. Humphry Osmond.

With this new understanding of how the brain is affected by these substances, the therapeutic value is really presenting itself. Many of the everyday problems that plague modern society such as depression, pessimism, pathological brooding, and emotional distress are the result of hyperactivity in the mPFC. A controlled psychedelic therapy treatment could allay all of these psyche issues as the mPFC temporarily powers down and is given a chance to rest. 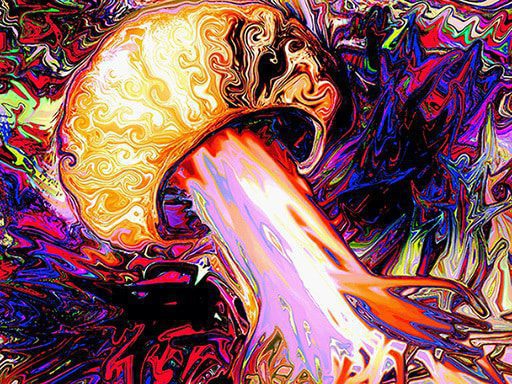 Deactivation of the mPFC is not for everyone, however. Some individuals that suffer from a chronic under activity in the mPFC experience anxiety and over anticipation of both good and bad experiences. As with any other form of medicine, psychedelic treatment will suit the needs some more than others. Even with this in consideration, the astonishing potential for those that would benefit from psychedelic therapy makes these results a huge landmark in psychiatric treatment.

With further study and a more developed understanding of how the various psychoactive substances affect brain functionality, we may reunite with a long lost medical practice. Medical experimentation with psychedelics may open up an entirely untapped spectrum of potential medicines. The possibilities could revolutionize the way we approach an individual’s psychological issues.

Ayahuasca: The primary reason why they are always the best – Exploring the Deep Web

Ayahuasca and its various uses is knowledge that can extraordinary physical healing and a deep emotional change. Ayahuasca just isn't for every individual. Yet there are a few who...
Ayahuasca

Good acid music – How to Pick Music for People on LSD