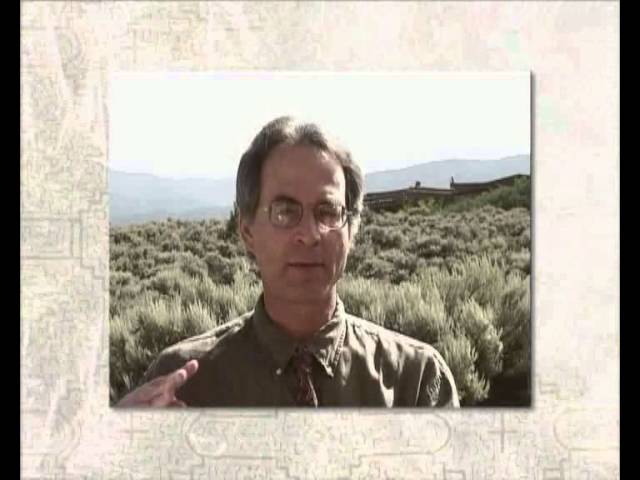 Medical Doctor Rick Strassman, author of the book DMT: The Spirit Molecule discusses his theory that the psychedelic compound DMT is produced endogenously by the pineal gland. Maintaining the pineal gland as ‘the seat of the soul’, Strassman’s scientific theory is aligned with the ancient beliefs of the mystical cultures in the East.

DMT was first synthesized in 1931 by Canadian chemist Richard Helmuth Fredrick Manske (1901–1977).[4][5] In general, its discovery as a natural product is credited to Brazilian chemist and microbiologist Oswaldo Gonçalves de Lima (1908–1989) who, in 1946, isolated an alkaloid he named nigerina (nigerine) from the root bark of jurema preta, that is, Mimosa tenuiflora.[5][6][7] However, in a careful review of the case Jonathan Ottshows that the empirical formula for nigerine determined by Gonçalves de Lima, which notably contains an atom of oxygen, can match only a partial, “impure” or “contaminated” form of DMT.[8] It was only in 1959, when Gonçalves de Lima provided American chemists a sample of Mimosa tenuiflora roots, that DMT was unequivocally identified in this plant material.[8][9] Less ambiguous is the case of isolation and formal identification of DMT in 1955 in seeds and pods of Anadenanthera peregrina by a team of American chemists led by Evan Horning (1916–1993).[8][10] Since 1955, DMT has been found in a host of organisms: in at least fifty plant species belonging to ten families,[11] and in at least four animal species, including one gorgonian[12] and three mammalian species.

Another historical milestone is the discovery of DMT in plants frequently used by Amazonian natives as additive to the vine Banisteriopsis caapi to make ayahuasca decoctions. In 1957, American chemists Francis Hochstein and Anita Paradies identified DMT in an “aqueous extract” of leaves of a plant they named Prestonia amazonicum (sic) and described as “commonly mixed” with B. caapi.[13] The lack of a proper botanical identification of Prestonia amazonica in this study led American ethnobotanist Richard Evans Schultes (1915–2001) and other scientists to raise serious doubts about the claimed plant identity.[14][15] Better evidence was produced in 1965 by French pharmacologist Jacques Poisson, who isolated DMT as a sole alkaloid from leaves, provided and used by Aguaruna Indians, identified as having come from the vine Diplopterys cabrerana(then known as Banisteriopsis rusbyana).[15] Published in 1970, the first identification of DMT in the plant Psychotria viridis,[6] another common additive of ayahuasca, was made by a team of American researchers led by pharmacologist Ara der Marderosian.[16] Not only did they detect DMT in leaves of P. viridis obtained from Cashinahua Indians, but they also were the first to identify it in a sample of an ayahuasca decoction, prepared by the same Indians.[6]