Cannabis is a complex plant, that grows wild in many of the tropical and temperate areas of the world. It can be grown in almost any climate, and is increasingly cultivated by means of indoor hydroponic technology, with major compounds such as delta -9-tetrahydrocannabinol and cannabidiol, simply called THC. This compounds the main part of the plant that gives the „high”. There is a wide range of THC potency between cannabis products.  Each cannabis strain has its own characteristics. For example Sour Diesel  is a strain with a strong lime smell (limonene terpene) has a balanced indica/sativa blend that gives certain characteristics that define its medical uses(reduces anxiety and pain). 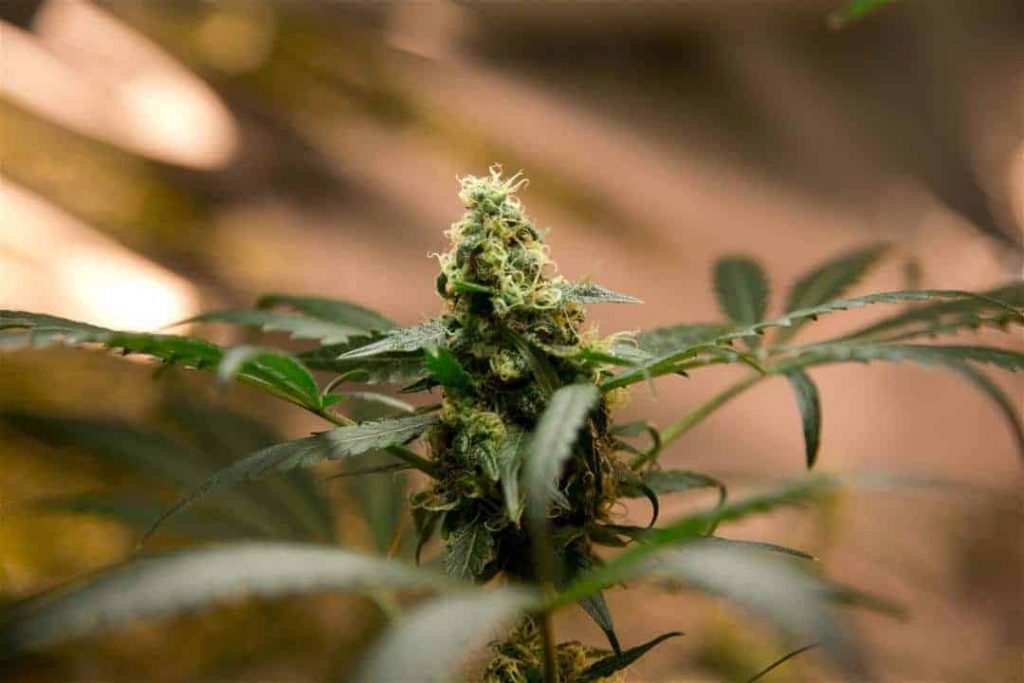 Cannabis is commonly consumed in three principal forms: marijuana, hashish and hash oil. Marijuana is made from dried flowers and leaves of the cannabis plant, hashish is made from the resin secreted by the plant, while the most potent of all cannabis products, hash oil is a thick oil made from hashish. Al there products can be smocked.

The cannabis plant is divided in two, Cannabis indica and Cannabis sativa, and these species can be separated by their different physical characteristics. Indica-dominant strains are short plants with broad, dark green leaves and have higher cannabidiol content than the sativa plants in which THC content is higher, and are known for being physically sedating,  perfect for relaxing. Sativa-dominant strains are usually taller and have thin leaves with a pale green colour. Due to its higher THC content, Sativas typically provide more invigorating, uplifting cerebral effects that pair well with physical activity, social gatherings, and creative projects. This compounds the main part of the plant that gives the „high”. There is a wide range of THC potency between cannabis products.

The legality of cannabis for general or recreational use varies from country to country. Possession of cannabis is illegal in most countries as a result of the agreement about Indian hemp, also known as hashish, in the International Opium Convention (1925). Here is a short review about the legal status of cannabis in the scandinavian countries:

Sweden – Marijuana laws in Sweden completely forbids this drug. This country has laws against any and all possession, sale, transport, and cultivation of cannabis. It is illegal for recreational and medical purposes, though very medical limited usage of cannabis-based drugs is allowed for specific conditions.

Many Swedes do not make the difference between weed and harder drugs so just a few Swedes smoke weed, this is why it’s hard to find it for buying. and due to the risks, most won’t be open about it. Although cannabis has seen to be quite useful in medical issues such as multiple sclerosis. As a matter a fact in a case that drew some attention in the press, a patient suffering by multiple sclerosis that was using cannabis for treating her issue was found by the court guilty and then punished accordingly to the law. Despite the legal issue, marijuana is at times considered “street legal” and acceptable to smoke in a few quiet streets where it does not bother any passers-by, keep in mind that the possession, transport, cultivation, and sale of cannabis is still federally illegal in Sweden. The national police use the standards of a particular policy known as “disturb and annoy,” backed by the government’s zero tolerance policy. This means that police may stop an individual on the suspicion of drug use and police are given training on how to spot someone under the influence of a narcotic.

Denmark –  Marijuana in the country of Denmark is illegal. While many Danes are willing to tolerate its use, there are still consequences to breaking the law. Being under the influence of illegal substances or alcohol while driving or riding a bike can lead to big fines and long jail terms.

Since 2004 (when the Euphoriants Act of 1955 was notably amended), the law say that persons found in possession of a “limited quantity” of a drug will get only a warning (less than 10 g). However, if someone has repeated offences involving even minor quantities can result in can result in some consequences. The law has directed courts to consider “the harmful effects of the substance”, which in practice means that cannabis offences are generally punished less severely than “harder” drugs.

Norway – (update 20 december 2018) Norway becomes first Scandinavian country to decriminalise drugs in historic vote as it focuses on treatment rather than punishment. The Dec. 13 vote directs Norway’s government to start pursuing changes to national law reflecting the Storting’s decision. Users caught with small amounts of drugs – from marijuana to heroin, and everything in between – won’t be arrested or charged, but instead be offered treatment.

The move was inspired by a recent trip to Portugal by a government health committee. Portugal decriminalised drugs in 2001, and has seen use plummet since then.

“[We will] stop punishing people who struggle, but instead give them help and treatment,” said Nicolas Wilkinson, health spokesman for the Socialist Left Party, one of the four parties that backed the change in policy.

“It has started a political process, [but] it’s just the starting point.”

Finland – Cannabis in Finland is illegal. According to the criminal code of Finland,  production, import, transport, sale, possession and use of cannabis is illegal and can be punishable by law.

The criminal procedure regarding personal use of illegal narcotics was reformed in 2001. The goal of the change was to relieve burden of personal use cases from the courts, expedite enforcement and standards enforcement policies – specifically by stopping cases from not being prosecuted due to lack of resources. In the reformed procedure the police issue summary fines for most personal use offences, and cases are not brought to court unless the defendant so desires. Aggravated drug offences and possession with intent to distribute (possession for sale) are always brought to court and penalties are harsher. In practice, possession of up to 10 grams of hashish or 15 grams of marijuana is deemed personal use and carries a penalty of 10–20 day-fines.

Iceland – Possession, cultivation, sale, and consumption of marijuana are all illegal in Iceland, and could result in jail time.

Cannabis was first banned on 14 October 1969, but when it comes to consuming marijuana, however, the Icelandic authorities tend to impose heavy monetary fines rather than jail time to first-time offenders at the moment.

The penalties for possession of marijuana vary here, and that depends of the amount you get caught with. If you are at the first offence and you get caught possessing up to one gram of marijuana in Iceland, you can expect to pay up to 35000 kroner (the equivalent of around 467 eur). However, amounts of over half of kilo will result in at least 3 months of jail time.

An introduction to HHC (Hexahydrocannabinol)

An In-Depth Look at CBG, the ‘Mother of all Cannabinoids’

Factors To Consider When Vaping CBD for Relaxation