Nikola Tesla: The man that boosted the course of human evolution.

[Five quotes to make you think.] 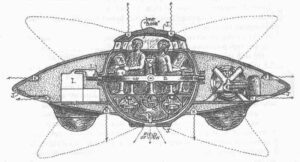 When you say Nikola Tesla there are a few things that can come through your mind like a flash. Between those things there are certainly “Genius” and “Father of the modern technology“, and that is the truth.

He was the person that managed to launch the world ,as we know it, through the steps of evolution more than we could ever imagine. After 72 years, the technology that he created is still being used world wide and that is a thing that can make you think: “What did this man know? Did someone help him achieve greatness?” .

The answer would be “No”. He did it all by himself, this “Mad genius” as some call him is the reason for many things that we have today, between them we can count: Wireless radio communications, helicopters, neon and fluorescent lights and maybe the most important thing the well known X-ray.

Not many know that Tesla actually took an interest in about everything that he could toy with, build, deconstruct and reconstruct. A good example would be aircrafts, as he was the first man that was actually able to patent the scheme for a peculiar aircraft, the world’s first man-made UFO or “The world’s first flying saucer” as he liked to call it.

This man’s work knew no boundaries, he was a creator that could not be stopped and his intelligence had no match and has no match up to this day. He is the kind of man that humanity should look up to and be proud, because even in greatness he kept his head down, showing a humble attitude and respect, even to those who tried to cheat him.

But, let’s look at some of the quotes that Nikola Tesla left behind him, quotes that will certainly break through the boundaries of time and live on forever:

1. “Modern science says: ‘The sun is the past, the earth is the present, the moon is the future.’ From an incandescent mass we have originated, and into a frozen mass we shall turn. Merciless is the law of nature, and rapidly and irresistibly we are drawn to our doom.”

2.”Our virtues and our failings are inseparable, like force and matter. When they separate, man is no more.”

3.”The year 2100 will see eugenics universally established. In past ages, the law governing the survival of the fittest roughly weeded out the less desirable strains. Then man’s new sense of pity began to interfere with the ruthless workings of nature. As a result, we continue to keep alive and to breed the unfit.”

4.”I do not think there is any thrill that can go through the human heart like that felt by the inventor as he sees some creation of the brain unfolding to success… such emotions make a man forget food, sleep, friends, love, everything.”

5.”It is paradoxical, yet true, to say, that the more we know, the more ignorant we become in the absolute sense, for it is only through enlightenment that we become conscious of our limitations. Precisely one of the most gratifying results of intellectual evolution is the continuous opening up of new and greater prospects.” 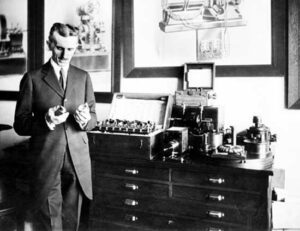 Leaving those quotes and more for us to decipher makes you wonder. A genius like him couldn’t be wrong, or could he? As we all know, he was nothing but a regular human like us and everybody knows that no human is perfect and anybody can be wrong.

This is why, everyone, as a part of the society that we live in should stop and think for a second: “Are we doing the right thing?” .

Maybe we will never know, maybe we’ll find out soon. But until that moment comes, we have our brains and they’re still working. We’ll use them to either get our race to its apex or just to complete doom, and as Tesla said “The present is theirs; the future, for which I have really worked, is mine.“.

Ten years ago, Mark Pischea, then a 42-year-old political consultant and father of five from Williamston, Michigan, was rushed to the hospital with severe stomach pain. Pischea was diagnosed with...
DMT