Earth: Are we unique in the Universe?

When we are talking about our planet, Earth, we instantly think about perfection, about a creation so impressive and complex that you could spend a huge amount of time in order to understand it and you would still be able to find new things.

Our planet is so well placed and created that it actually manages to support life forms. It is not too close to the Sun and at the same time not too fa
r, we are not burning alive, we are not freezing to death. Everything works together perfectly and so we can exist.

But then, as a human being capable of using a basic cognitive process, you start wondering: “Are we the only beings in the universe?” or “Is our planet unique?” and indeed those are good questions. Anybody thinks at least once about this huge space surrounding us, is everything out there just worthless? Are all the stars placed out there just to provide light for us?

The answer would be no. Everything out in the Universe has an important role and as we all know, our planet is not the center of it.


A good example would be the planet called Gliese 581 c, found at 20.3 light years from Earth (192 trillion km or 119 trillion miles) . The planet was found orbiting the star “Gliese 581” , a red dwarf star. It has a mass at least 5.5 times that of the earth and can be found in the habitable zone of its star, allowing the existence of liquid water on its surface and in the same time of Earth-like life forms.

Of course, that is not the only planet that can actually support earth-like life forms, here are some other examples:

Things like that make you wonder, what else is out there that we do not know about. Those are the kind of discoveries that we make and can change the way we see the Universe.

Many are skeptical about what is happening around us, in the infinite space that was provided, but one thing is certain: We are not the only ones out there. 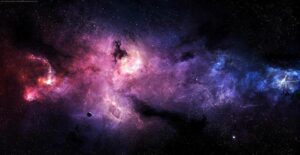 Galaxy Sweets That Are Out Of This World

Mindblowing Photographs Of The Last Surviving Tribes On Earth

Bucharest Nature Park, there are rarely ever more than a handful of people present when you visit Văcărești, Bucharest’s wild wetland just a 30-minute stroll from the city centre....
Earth & Universe

The 9 Personalities Which Are Changing The World